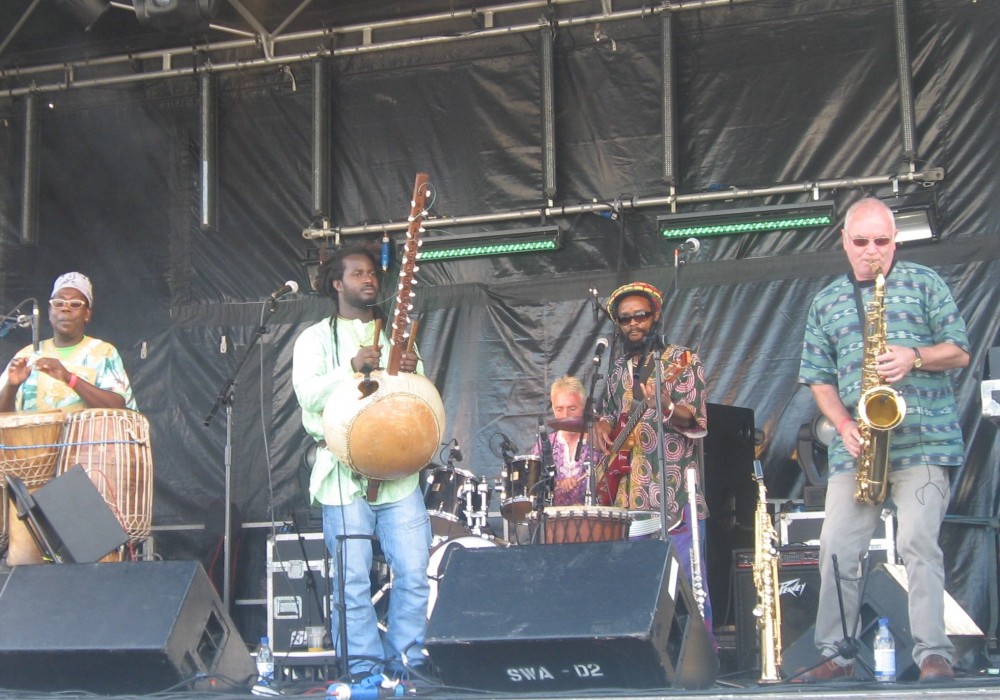 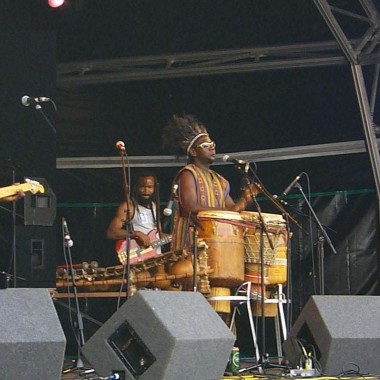 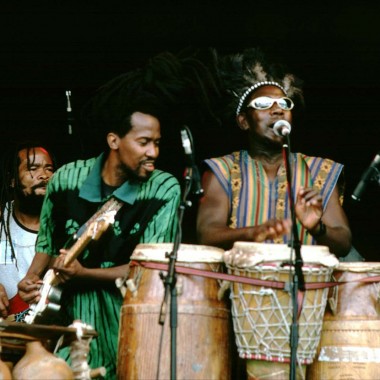 Baraka are a unique combination of dance and party music featuring West African Highlife, South African Township and Calypso, Soca and Reggae from the Caribbean. The line up features musicians from Ghana, Zambia, Dominica and Ireland, providing an exciting mix of dance rhythms, soaring melodies and funky grooves.

Baraka is fronted by Ben Baddoo, master drummer and dancer from Ghana, delivering a potent combination of driving rhythms and subtle vocals. Simmi Zeko from Zambia adds his unique brand of funky guitar and vocals, and Royston Gage from the Commonwealth of Dominica brings in the Caribbean influence on bass. Two Irishmen complete the line up, Mark Bradley on drums delivers the rhythmic heartbeat and, Brendan Whitmore adds the finishing touches with some explosive saxophone.

2009 saw a change in the band’s line-up as they welcomed a new guitarist – Daniel Isakongo from The Congo. Daniel brings Soukous and other Congelese rhythms into the mix.

At Bristol’s Millennium Party, Baraka had approximately 40,000 people dancing away the last hour of the twentieth century. This was definitely a party to remember. As Venue magazine reported on Baraka’s Glastonbury Festival performance – “A lot of dancing took place.”

Baraka has appeared at the following festivals recently: