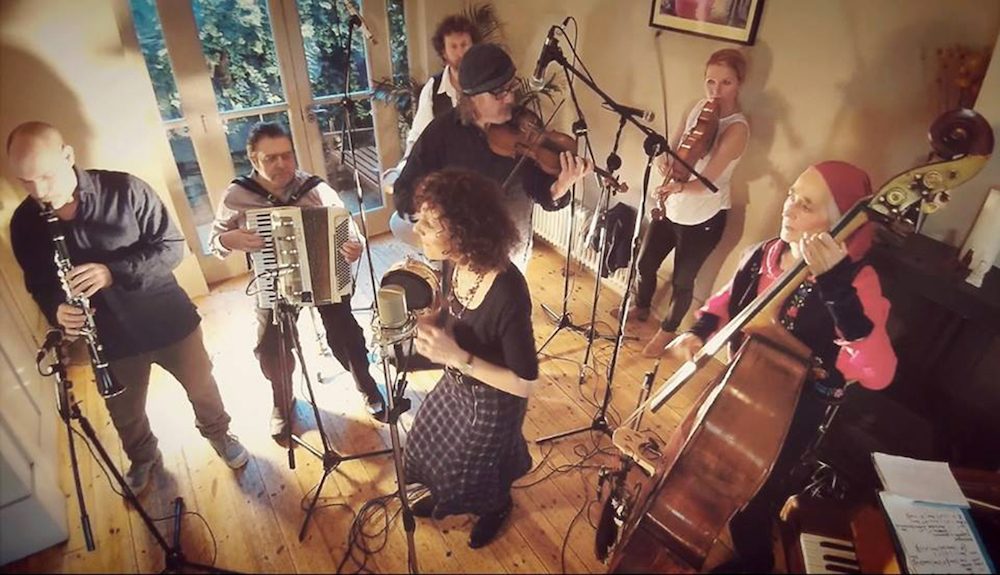 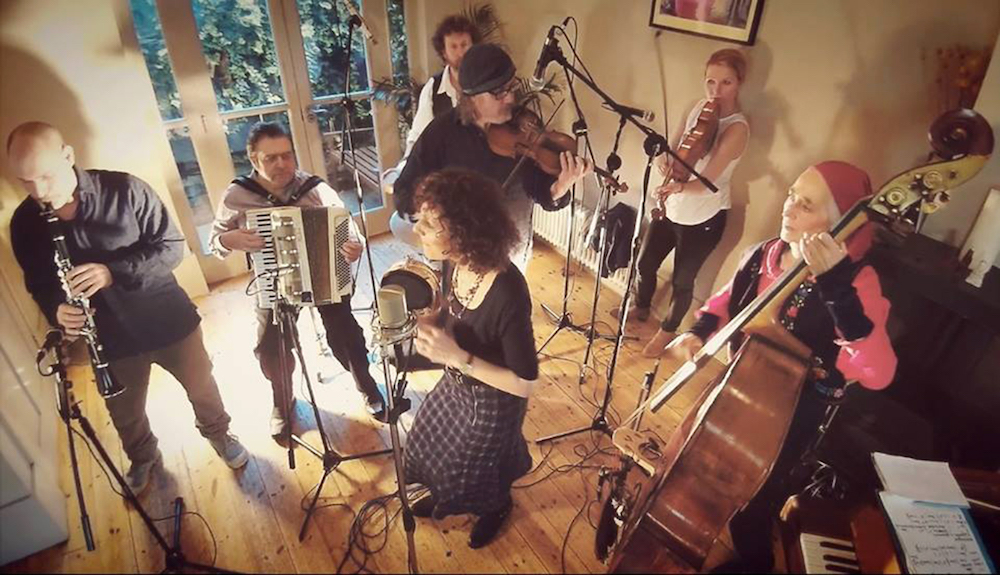 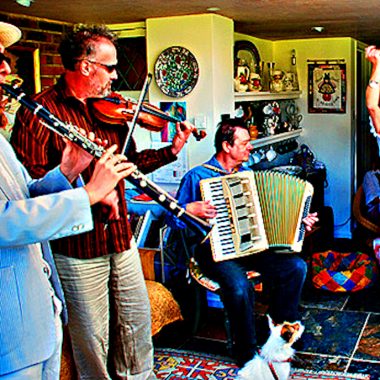 We were absolutely delighted with Beskydy’s commitment, talent, and performance... 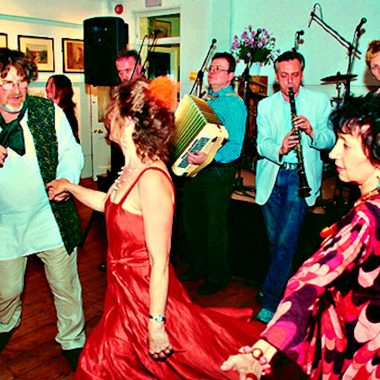 ...a delightful fusion of fiddles and clarinet, furiously creating a wonderful atmosphere that demands a physical response...

The music of Beskydy has its roots in the dance rhythms and songs of Moravia, Bohemia and Slovakia, through whose lands the Beskydy mountains run – hence the name. They have expanded their repertoire to embrace the music of the Hungarian plains, the Danube basin and all the way down to the Black Sea, the souks and coffee-houses of Istanbul and across the sea to the bordellos of Odessa. Across these ancient trade routes, Jews, Gypsies, Ottomans, Celts and Magyars travelled carrying songs which endlessly re-invented themselves and crossed all political boundaries. Their music is Beskydy’s inspiration.

From traditional dance music to songs, Beskydy create magic and presence with their exceptional musical ability. Voice, strings, clarinet, percussion and accordion define the distinctive Beskydy sound. They are an inspiring ‘must see’ for traditional folk music lovers. Each musician in Beskydy has dedicated years to perfecting their art. This passion, along with their charismatic lead singer’s impressive experience in acting and theatre, will guarantee a dramatic performance that will have people up and dancing in no time.

Beskydy can even offer a special request song of your choice. They can also arrive as a smaller line up for a quieter performance, or if you want to amplify the party why not hire their fantastic full 7-piece act? Whatever your preferences, Beskydy will be sure to make your event a colourful one!

Their music could be described as East-West folk with dance. The songs tell of cultural customs, laments and desires and can be comically philosophical in celebrating the enjoyment of life despite its trials and tribulations. Our performances, whether in front of a large or small audience is, like the music, inclusive and shared with the audience, who, whenever possible, take to the floor for the infectious dance numbers.

Beskydy have performed at amongst other venues for; The Purcell Room, Queen Elizabeth Hall, Southbank, Union chapel, Arts Centres, Womad, Hackney Empire and have played several cafe series concerts at the The Royal Albert Hall, and have also enjoyed providing Foyer Music at The National Theatre and The Royal Festival Hall. 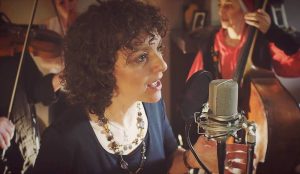 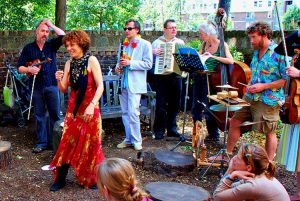 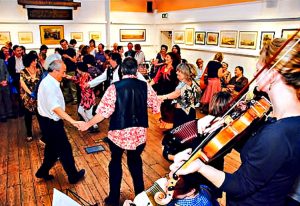 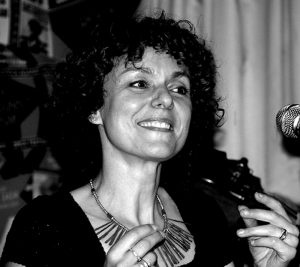 They have toured, played numerous festivals were greatly privileged to perform on “Loose Ends” for the late Ned Sherrin. They were commissioned by the Victoria & Albert Museum along with The Real Tuesday Weld for their “Propaganda from the State of Love” show. They have also been awarded “Critics Choice: Live Performance” in Time Out Magazine.

“Guaranteed to result in limb movement – a delightful fusion of fiddles and clarinet, furiously creating a wonderful atmosphere that demands a physical response.”

“One of the hidden treasures of London…”

“We were absolutely delighted with Beskydy’s commitment, talent, and performance. They learned a piece specifically for my daughter’s wedding march, and their repertoire perfectly matched our guest list for a Jewish wedding which was also attended by family from the Balkans.”

“The wonderful musicians that make up the Beskydy band played at our wedding. A big day for us and they did not disappoint! They are easy to deal with and were very flexible on the day, and not mention, played amazing music! Truly recommend them!”

“Didn’t know what to expect and was completely blown away by these guys, great musicianship, passion, and performance – absolutely superb!!”

“Exhilarating, passionate and some… this band will get you dancing, crying and laughing all at once! And what a diva for a singer. Not one to be missed. Love em!”

“You are a truly inspirational, exciting band and what a diva in Joanna! You made our wedding both soulful and raucous – everything we could have wished for and more – everyone dancing, couldn’t have got better – thank you Beskydy.”

“Thanks guys, I employed many acts for our corporate events but you guys rock, never witnessed so many people paying attention! Will be booking you again soon.”

“Thanks to you my Summer party went off with a bang!! You were superb and the dances led by Joanna got everyone moving.  You are terrific and I highly recommend you – thanks!”