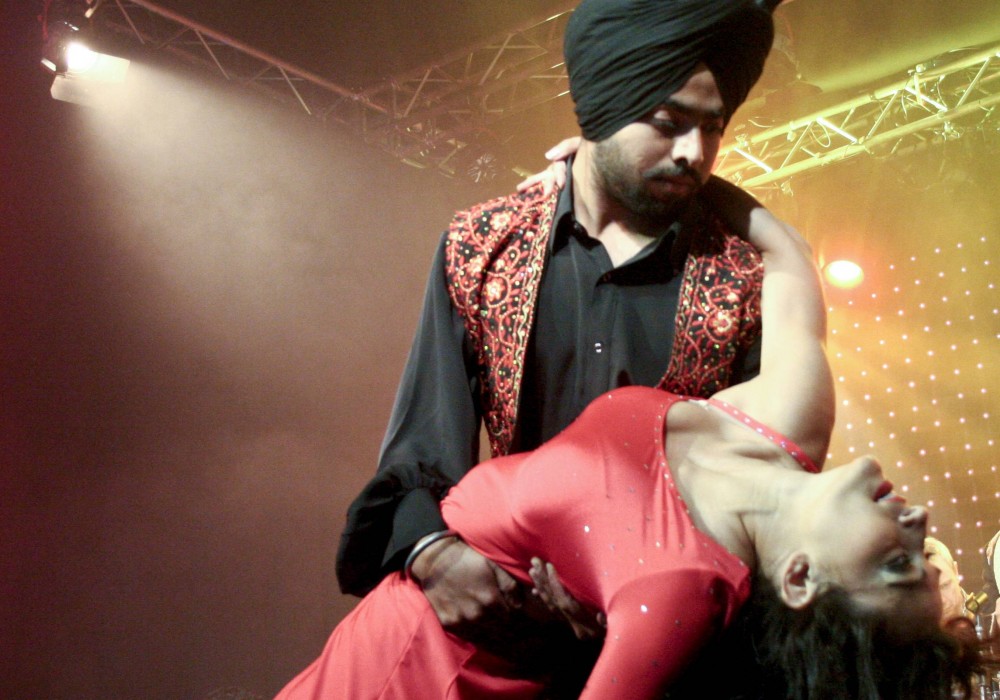 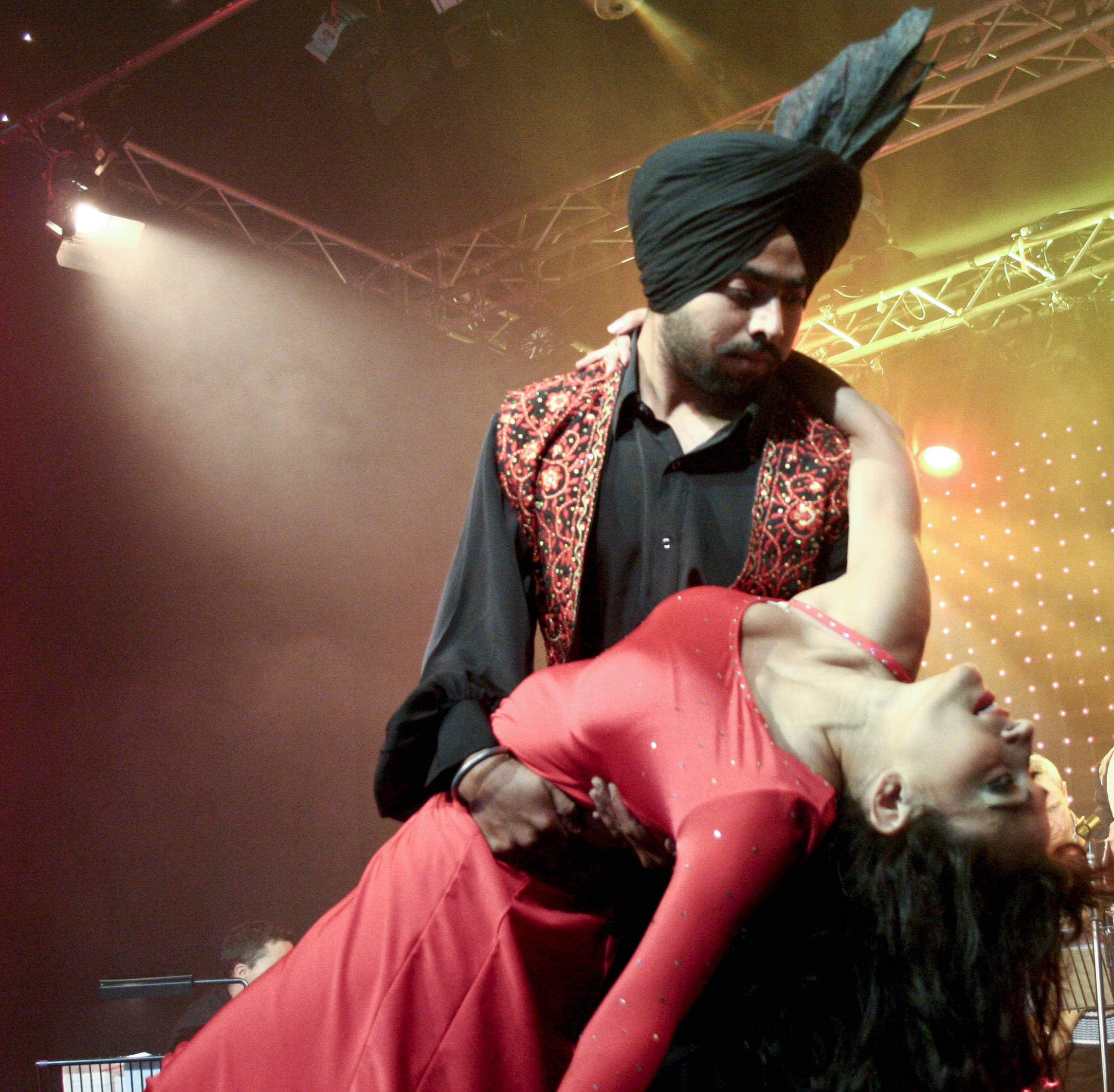 Bhangra Latina is a new musical phenomenon combining elements of Bhangra and Latin music, produced and developed by Bhangra producer and percussionist Kuljit Bhamra and Latin pianist Alex Wilson as part of Kuljit’s Artistic Director Series at The Society for the Promotion of New Music (spnm).

The project explored how composers and musicians from different traditions can work together and create new music, drawing on the genres of salsa and bhangra.

The resulting event, BHANGRA LATINA, features a band led by Kuljit Bhamra and multi-award winning singer Sangeeta, one of the most popular and successful figures of the British Asian scene who returns to the stage after a break of several years. The concert also features dancers from both traditions – salsa and bhangra – and workshops for audience members, choreographed specifically for this project.

The idea for BHANGRA LATINA was born when Kuljit Bhamra and Alex Wilson met for the first time in 2004 at the opening of The Sage, Gateshead.  They experimented with Punjabi rhythms and Latin piano riffs and discovered that a new style of music was possible. Alex subsequently released the track Oh Kuri on his album Inglaterra but it was Kuljit’s appointment as Artistic Director at spnm in 2007, which enabled the musicians to work intensively over a period of several months.  They joined forces with some of the best emerging composers in the UK, such as Nico Bentley, Paul Buckley, Chris Gander and Cevanne Horrocks-Hopayian to create a unique, dazzling, infectious show that defies anyone not to get up and shake their bodies to the beat.

Kuljit Bhamra says: “I once heard it said that ‘music should move the head, heart and hips’. Many of the great classics move our heads and hearts but I have been to concerts where only people’s heads have been moved. Bhangra Latina has the potential to attract audiences from many worlds, whilst at the same time presenting composers with the challenge of writing new music for this unique group of instruments.”
Cevanne Horrocks-Hopayian, composer, says: “My score was a skeleton to be clothed by the musicians’ own individual interpretations. It was a real challenge to cater for each individual’s needs and skills using a mixture of the Western classical system, percussion charts and verbal instructions and lyrics. On top of this we all spoke different languages, but it was liberating.”