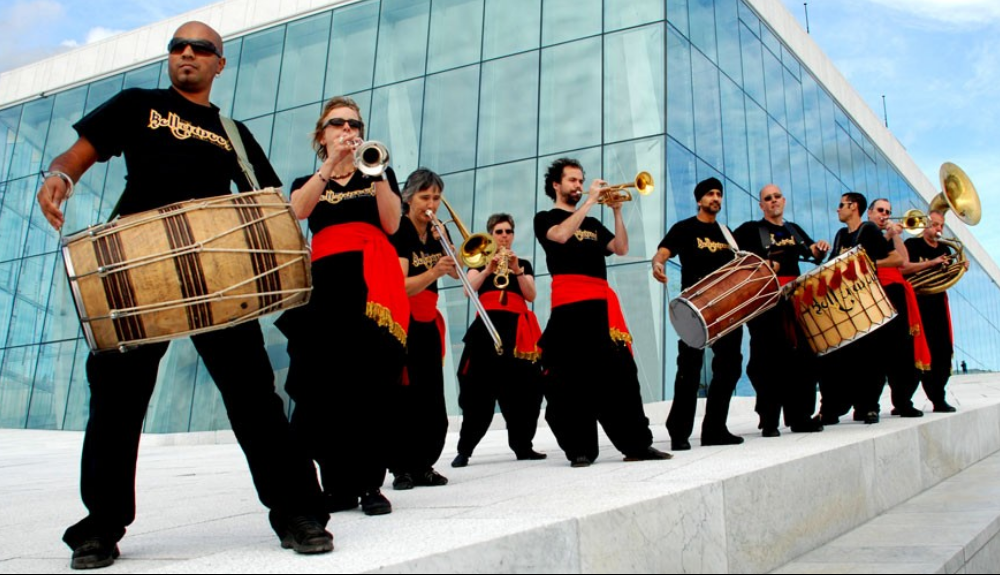 Marching Bollywood band for hire.
The Bollywood Brass Band are 4 funky drummers and a hot 6-piece horn section, all driven by the huge beat of the dhol drum. The result is one of the most colourful, joyful and exhilarating acts in the world. 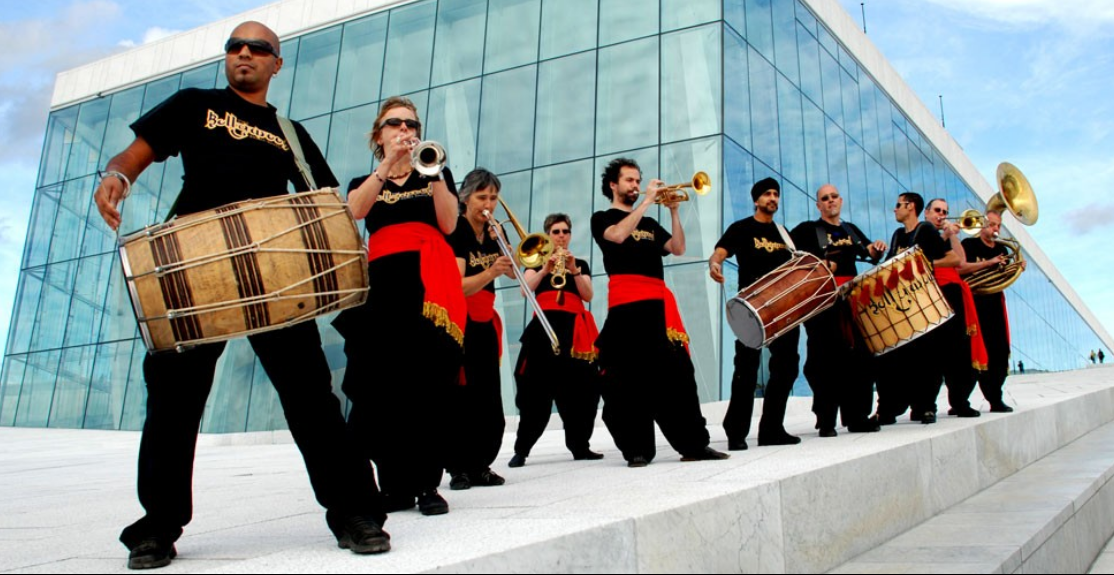 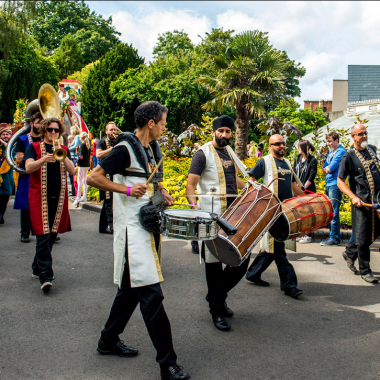 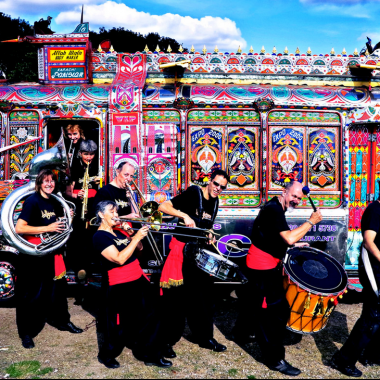 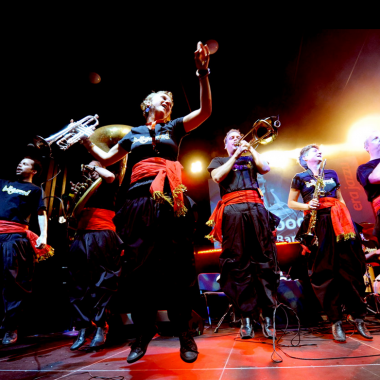 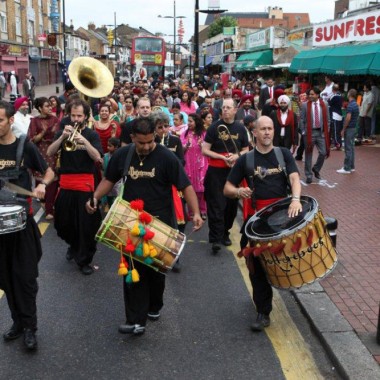 Twice nominated for Songlines World Music Awards, the band has performed all over the world – in venues, at festivals, and for Indian weddings in the UK, Norway, India, Thailand and South Africa. The BBB is versatile, playing both amplified stage sets and in a street formation, and they are equally at home headlining a festival or delivering exciting workshops in schools.

Repertoire covers classics from the Golden Age of Bollywood up to current hits and stage shows can feature Bollywood film clips or a dancer to get your audience up and dancing. With brass, saxophone, dhol drums and a colossal sousaphone, the BBB is one of the most colourful, joyful and exhilarating acts around.

Colourful and exciting marching band of Dhol drummers and strident brass instruments, the BBB have led many a street parade all over Europe.

“We were a street band already,” explains member Mark Allen, “with saxes, brass and drums, playing world music for festivals and parades (called Crocodile Style, it still exists and plays in its own right and as an optional extra when we are booked as the BBB). A promoter asked us if we could do something special for Diwali, the Indian festival of lights, and we said ‘Not this year, but maybe next’. Meanwhile, the International Festival of Street Music brought the excellent Shyam Brass Band from Jabalpur to the UK, and we rehearsed and performed with them during their visit. The other key was meeting Johnny Kalsi, our main man on dhol drum. Johnny is now with Afro-Celt Sound System, and has his own group The Dhol Foundation – back then he was looking to expand out of the Bhangra scene, and his dhol playing gave us a distinctively British Asian sound, so we weren’t just playing in the style of an Indian brass band.”

Their roots are in the wedding and street parade scene, and they’ve remained very true to that, although these days they also play a lot of festivals in the summer.

Back in ‘92, as they were taking shape, they began with a Bollywood repertoire from the Shyam Brass Band, and over the years they’ve added to it, bringing in some Bhangra and pieces by the late Nusrat Fateh Ali Khan, in addition to focusing heavily on the work of film composer A.R. Rahman.