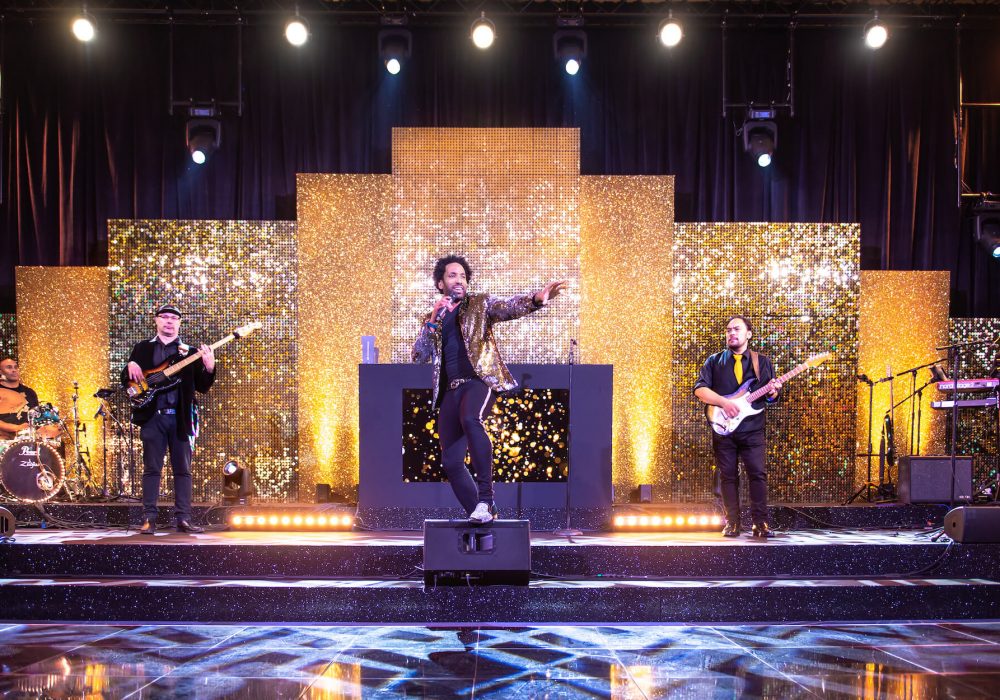 Candy Apple Blue are an established 5-piece function band who are born to entertain the moment they take to the stage. They have an endless passion for music and dance and will
deliver a performance that is unforgettable. 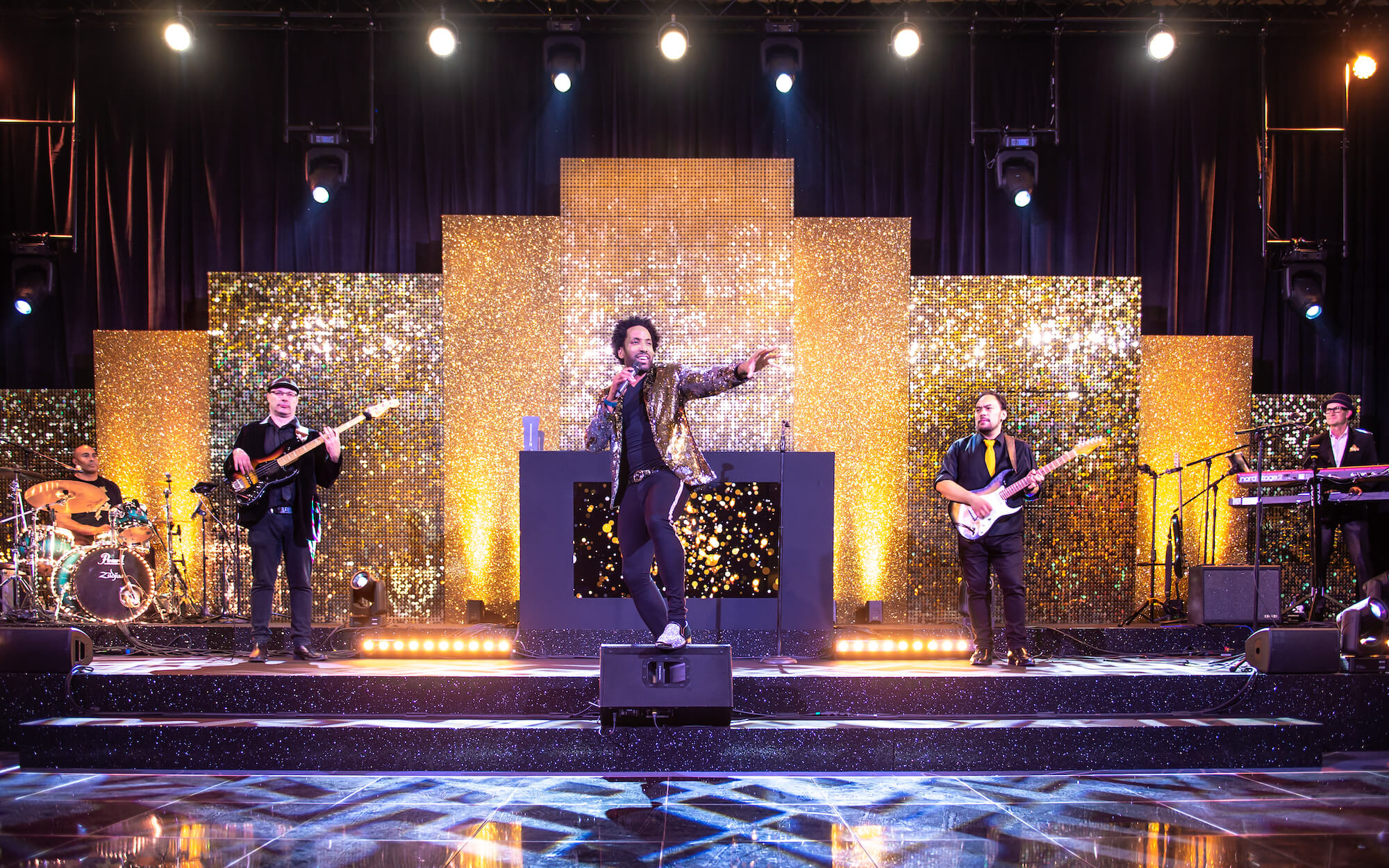 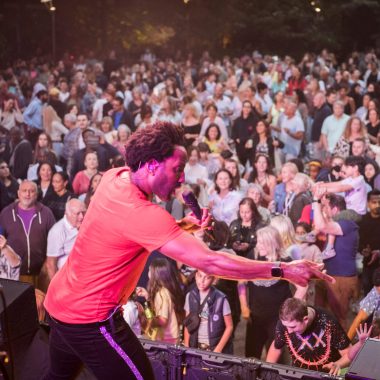 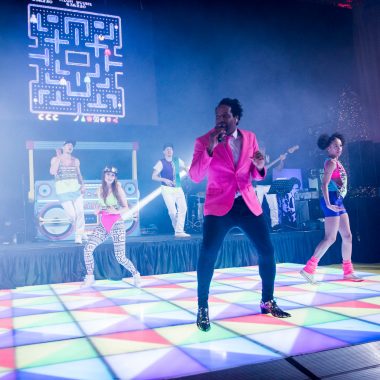 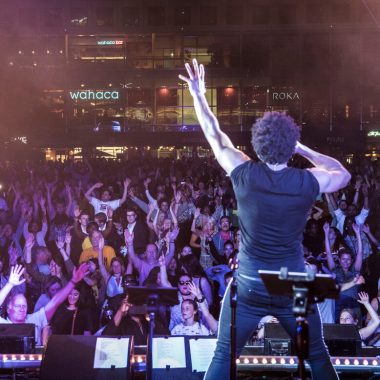 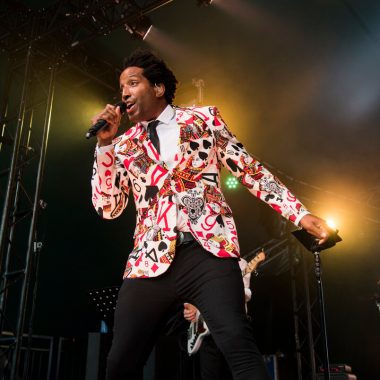 From all the best dance-fillers and timeless hit songs, along with their unique style and signature theme, Candy Apple Blue are the band to book if you want an event to remember.

Established over 10 years ago by Founder and Band Leader, Steven Wright, Candy Apple Blue have had success nationally and internationally, playing for large corporate events, festivals and private parties. They have had residences at The Roadhouse in Covent Garden, The Guanabana Bar in Holborn and headline act at Canary Wharf’s Summer Concert programme 2021.

Steven Wright was born in London and as a teenager, he commenced his career in the entertainment industry as a professional model and trained dancer. Later, along with his brother, Roger, Steven launched his music career and formed a pop duo called FRESH. The brothers later landed their first recording contract with Warner Bros and EMI Records.

Steven continues to also have much success as a model. His work involves television commercials, magazine photo shoots and advertising campaigns across the world.

“You’re in for a great night with them. Best band we worked with ever” Let’s Go Disco!

“Fantastic! The lights, the sound, the beat – WOW! We will be using Candy Apple Blue again” ECA Valentines Ball 2020 and booked straight away for 2021

“Everyone started dancing right from the off – it was like having a concert just for us! I had so many comments from staff on how fantastic Candy Apple Blue were – we will definitely be booking them again” Superdrug event

“The best event band ever! I hired them for my wife’s 50th birthday and all of the guests said how great the band was. I saw people on the dance floor who I have never seen dance before! Steven and the band have such a high energy. We will use them again and would highly recommend Candy Apple Blue” Tony Lazell (private client)

“Excellent energetic hard working band who covered some tricky songs, but really pulled them off so well. I am now a fan” Anthony Kellow (private client)

“I had pleasure working with this amazing band and I can tell you that in the ten years I’ve been djing at Butlins, there are one of the best party acts I’ve seen! Keep it going lads!” Des Grant (DJ)

“Candy Apple Blue 100% made my husband’s 40th birthday party as amazing as it was. Everyone was totally blown away by the band and it was something no-one was expecting – “drinks, paella and a band” was on the invite. Sounds lovely but Candy Apple Blue made it something spectacular. You can’t put your finger on why they were so good – it was everything; the playlist, the moves, the soulful voice, the personalities, the atmosphere created, the wardrobe changes and the professionalism and talent of all the band members – all utterly brilliant.” Chloe Hill (private client)

“Candy Apple Blue performed at our works party and they were fab! Got everyone up dancing to every song.” Clair Sharpe (corporate guest)