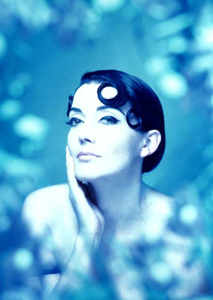 Caroline Nin was born in Paris where she went on to become a classically trained singer. She started her career singing in the highly regarded Parisian jazz venue, the Hollywood Savoy, in the mid-80s where she performed her own interpretations of the songs of Ella Fitzgerald, Billie Holiday and Sarah Vaughan.

“She can belt, vamp, she croons, purrs….… infectious and mesmerizing.”

“A truly beautiful artist with a strong presence. Charming. Moving. ”

Caroline Nin was born in Paris where she went on to become a classically trained singer. She started her career singing in the highly regarded Parisian jazz venue, the Hollywood Savoy, in the mid-80s where she performed her own interpretations of the songs of Ella Fitzgerald, Billie Holiday and Sarah Vaughan.

Caroline moved to London in the early 90s and immersed herself in London’s jazz scene where she now has a loyal following. She is known worldwide for her unmatched tribute to Edith Piaf, “If You Love Me – Hymne a Edith Piaf” which toured Germany, Italy, Greece, Turkey, Finland, China, Taiwan, Japan and America.

In 1993, she was spotted by the British singer Marc Almond who asked her to perform at his famous London Soho Theatre venue, ‘Freedom’. After an international tour in 1995, Caroline produced both her Piaf show and her “Scarlet Stories” show at ‘Don’t tell Mamma’ on 43rd Street, New York. In 1998 she won an Edinburgh Festival ‘Herald Angel Award’ for Best Cabaret Show with ‘The Last Show’ and at the 1999 Edinburgh Festival, The Scotsman gave her new show, ‘Lush Life’, a five star review.

In 1999, Marc Almond wrote a song for Caroline, ‘The One and Only You’, which is one of the tracks on her album, ‘Scarlet Stories’. Since 2001, Caroline Nin has lived in Paris, where she signed a contract in 2002 with the famous French cabaret ‘Le Lido’ on the Champs Elysées where she regularly performs.

Also in 2002, Caroline made her first visit to Australia and she returned in 2003. In the same year, Caroline formed a jazz quartet which performs in numerous Parisian clubs. The band was the 2005 laureate of the famous Crest Jazz Festival (France) and recorded its first album that year.

In 2007 the Adelaide Cabaret Festival commissioned her to prepare a musical cabaret performance reflecting her fascination in the iconic performer Marlene Dietrich. After her debut at the Christchurch Cabaret Festival (NZ) in June 2008, Caroline performed, for the second consecutive year, at the Sydney Opera House, her new show “La Dietrich”. Spotted by a Parisian director during her Sydney run, “La Dietrich” was scheduled for a season on the French National Theatre Stage La Péniche Opéra in October 2009. She also returned to the Christchurch Arts Festival in 2009 and debuted at the Auckland Cabaret Festival (NZ), the tour ended in Sydney with a sold-out two weeks season at the renowned venue “The Vanguard.

Caroline Nin has been described as the Marlene Dietrich of the 21st Century. She is as sultry and breathlessly devastating as Dietrich, she is as captivating and intriguing as Piaf. She is the epitome of style and class, she croons, she purrs and sings in perfect English, French and German. Her singing and theatrical presentation pushes both established torch songs and cabaret standards to a different level.

“Nin is a classic femme fatale… a taste of intimacy with one of music’s true dark angels.” The Guardian, London

“… the exquisite Miss Nin can flick her cigarette ash on my carpet any day !!” The Scotsman, Edinburgh

“I couldn’t keep my eyes of her… Nin salutes Piaf sublimely.” The Record, New-York

“Nin is a rare talent who is the perfect performer to present this moving bilingual tribute to France ’s acclaimed Little Sparrow” The Sunday Mail, Adelaide