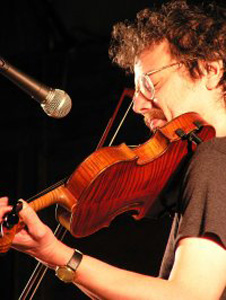 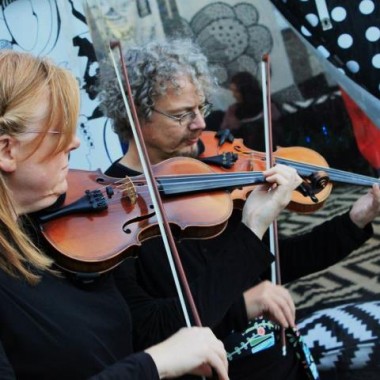 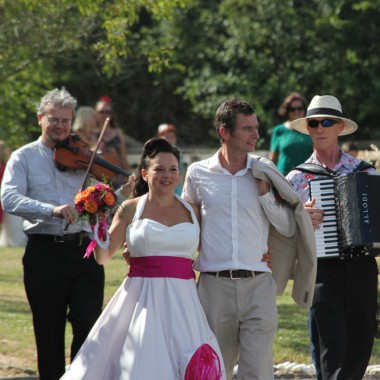 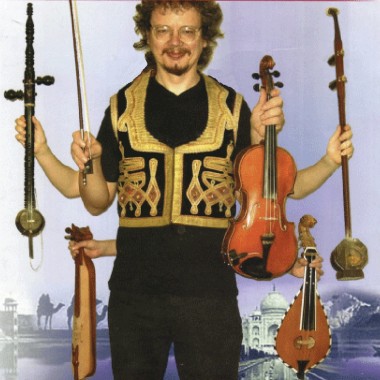 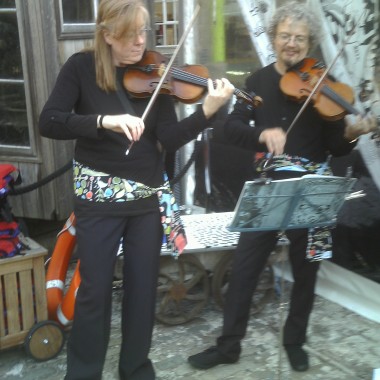 Chris Haigh currently plays regularly in Tziganarama (as heard on sound clip above – Eastern European and Russian band for whom he also composes most of the material), Quicksilver (Barn Dance band playing English, Irish, Scottish and American folk music), The Kremlinaires (7 piece Soviet Swing band), Café du Monde (fiddle and accordion duo playing music from all around the world) with Alan Dunn and Acoustica!, a new group combing folk and jazz.

A much in-demand musician for recording sessions and live performances, Chris has managed to combine a classical music education with the abilities to improvise, making him an exceptional musician suiting an enormous range of styles. Primarily a violin (or fiddle) player, he is also no mean slouch on the mandolin.

“Hi,
Just a quick note to say thank you and Chris for the performance on Saturday. He was a great success the client was very grateful.
Look forward to working with you again soon.
Best wishes,
Jo” Jo Roderick, Event Manager – Added Dimension, October 2011