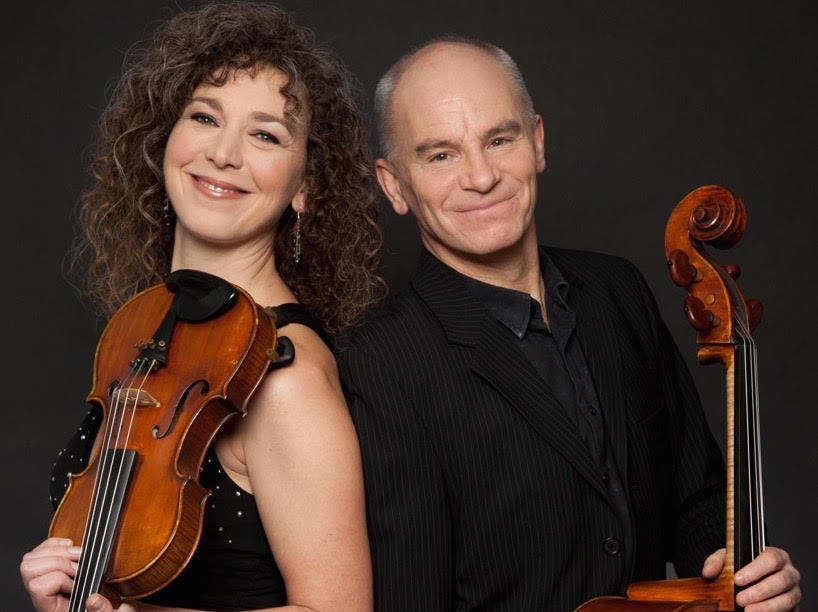 Celtic duo Clare Lindley and Brian Mullan are originally from Scotland and Cornwall respectively, but honed their musical skills in and around London over many years. Clare sings, plays guitar in various tunings and fiddle, whereas Brian plays cello and keyboards, making for a most versatile duo. Between them they cover Irish, Scottish, English folk styles, together with a large variety of popular and jazz music from many decades. 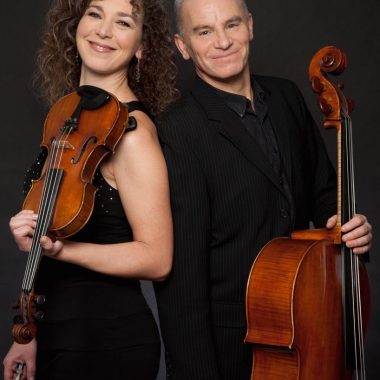 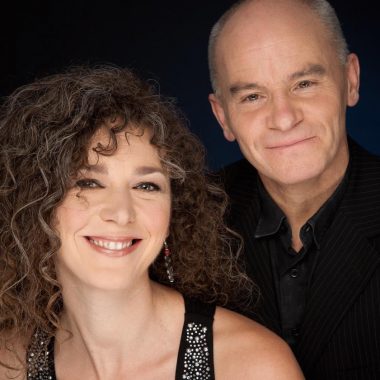 Clare Lindley grew up in the 1970s in rural Aberdeenshire, where a rich traditional music culture still sits happily amongst popular music.

She learned classical viola at school and played in string quartets and orchestras. She left school and moved to the bright lights of Aberdeen, discovering blues jams and folk music sessions where she started to find Scottish fiddle music more socially acceptable, as well as knocking around with lots of blues guitarists and pretending to play lead guitar on her newly acquired fiddle.

She played in the duo Green for nine years and they released an album on Lochshore Records called Found on The Wave. They played lots of lovely Scottish folk festivals in the highlands and islands as well as gigging extensively all over Europe. At the same time she learned how to dance-call for ceilidhs, which were a popular feature of the Aberdeen music scene and, as it turns out, a canny career move.

In the late 90s she moved to London and played on the London Irish scene with cult band Six Mike Walk for five years, after which she decided to move west and get out of the big smoke.

She has played and dance called at possibly thousands of ceilidhs, in quite a few different countries and to people who have never danced a step in their lives. She regularly plays concerts for old and vulnerable people for the charity Music in Hospitals. She has toured with a Taiwanese tribe, taught hundreds of children how to play Smoke on the Water on guitar, has played Iranian folk rock music and toured Germany with Jan Allain.

In 2009 she joined Stackridge who gathered her up into their bus and showed her a good time in the tea shops and takeaways of the towns and cities of England. She has her own ceilidh band called Big Jessie.

Brian Mullan is originally from Cornwall and moved to London to pursue a career as a professional cellist. In 1991 he joined the Sterling Quartet which gave its Wigmore Hall debut in 1996, and recorded the complete Rubbra quartets for Conifer Classics.

In addition to his work as freelance concert cellist, Brian has recorded for radio and television and has been involved in projects over a wide range of musical styles, including touring as solo cellist with Abdullah Ibrahim at the Royal Festival Hall and the Glasgow International Jazz Festival. He later became involved in the London folk scene, playing cello with The Other Brothers, Beware of the Dog and Six Mile Walk.

Brian still plays for opera companies and in chamber groups and is a regular dep with the Bath Pump Room Trio. He works with Clare Lindley in several groups – they give concerts for Music in Hospitals, run a ceilidh band and they both work with Andrew Cresswell Davis. They both travel to Tanzania annually to play at a fundraising ball.

Here is their current repertoire.