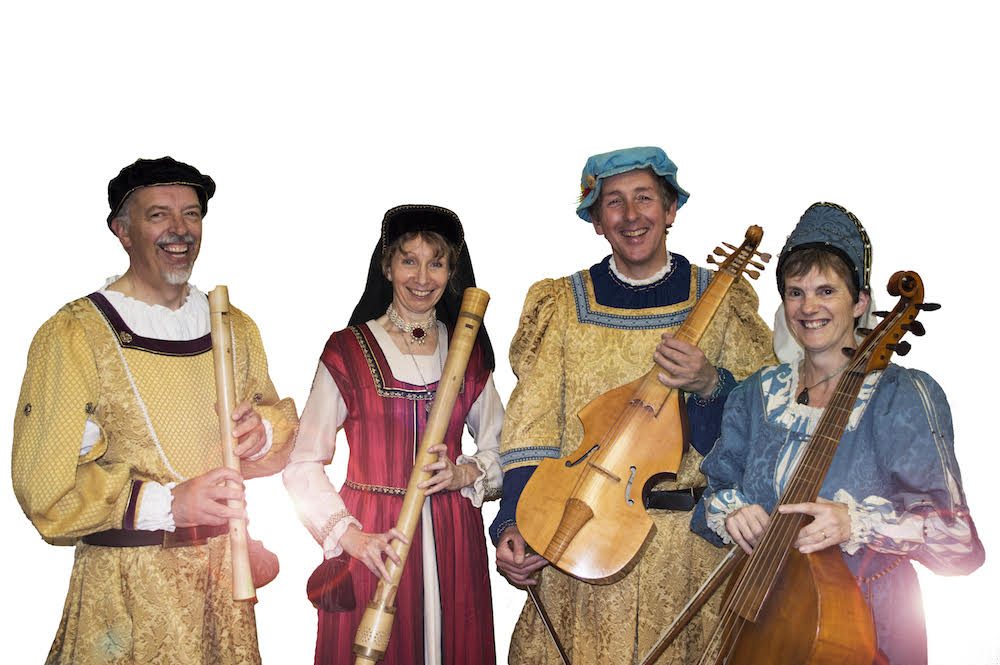 Courtlye Musick is a group of versatile musicians specialising in instrumental music and song from the renaissance and late medieval periods. 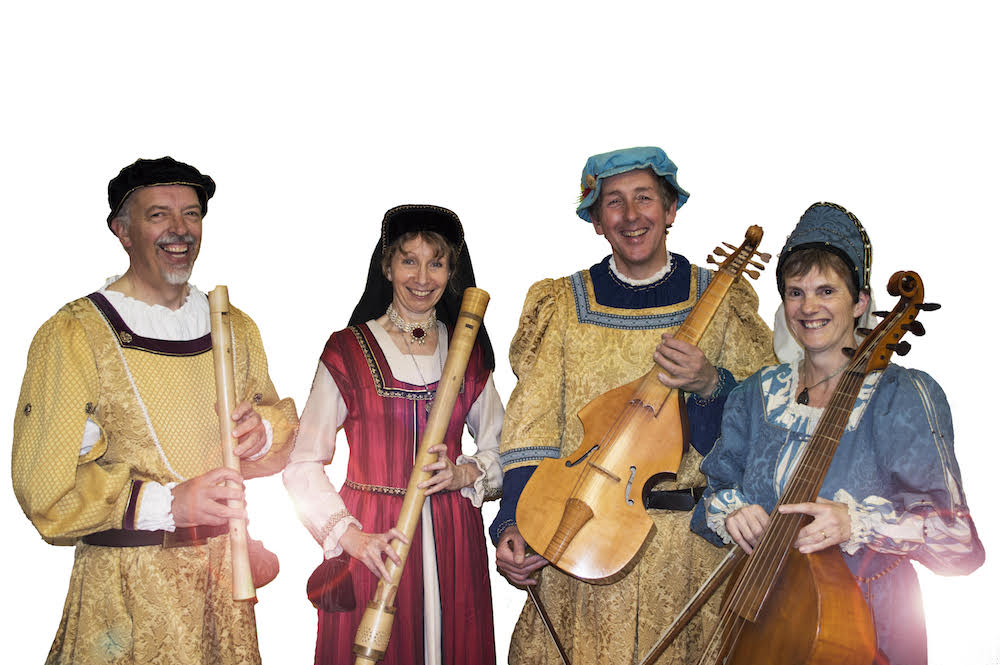 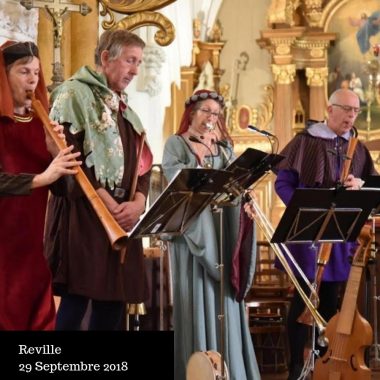 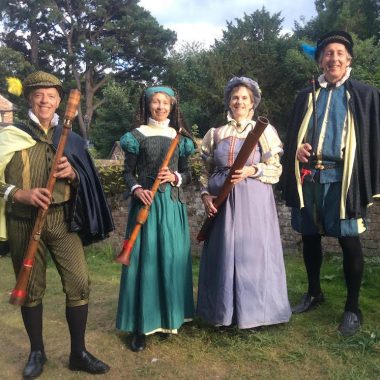 I just want to say how much I (and everybody else) enjoyed your performance ... the event would not have reached quite such heights without your wonderful input. It was exquisite 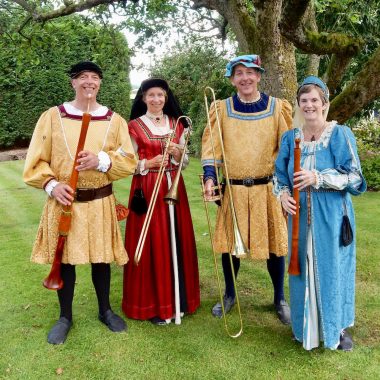 Courtlye Musick’s costumed performances include secular music for the nobility and middle-classes of society as well as the more robust songs, dances and outdoor music that would have been played by the ‘Town Waits’ at festivals and grand occasions. The music is played on a spectacular array of instruments familiar to musicians of the period.

‘How many instruments do you play?’ is usually the first question they are asked and it is not that easy to answer. Versatility is a key feature of their performances, whether they are floating background music from a minstrel’s gallery or spending the day turning youngsters into Tudors. 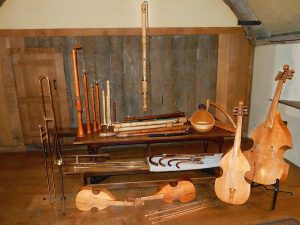 Courtlye Musick has an easy, accessible style welcomed by audiences young and old. With themed concerts, including readings, and children’s workshops incorporating drama and dance, they have worked nationwide at festivals, historic events, weddings, banquets and plays.

In performance they will charm you with recorders from tiny garklein to towering great bass; startle you with reeds including shawms, rauschpfeifen and crumhorns; stir you with the wait band sound of cornett, sackbut and curtal; and sooth you with strings such as viols, rebec, lute and harp. And, of course, they could not let you go without a song.

As well as concert performances, Courtlye Musick is experienced in providing on-stage music for Shakespeare plays and the group continues its educational work in schools, presentations for historical societies and U3A groups and performances for heritage events.

Thys Yool : tidings of good cheer for the festive Christmas season with Medieval and Tudor instruments, songs and carols, instrumental and dance music, and tales of feasting and merry-making.

Field of Cloth of Gold : 2020 marks the 500th anniversary of an historic meeting between two monarchs, Henry VIII and the French king, Francis I. This great encounter between rival sovereigns, an event that became known as the Field of Cloth of Gold, was reported at the time as the eighth wonder of the world. Music and musicians were essential to their royal patrons and, in this concert, Courtlye Musick evoke the event with appropriate readings and music.

Queens and Crownations : with descriptions of coronations and music from the period, in this concert they touch on the lives and loves of the Tudor Queens and weave a musical path through the courts of Europe.

Time to Pass with Goodly Sport : this concert includes songs and music to reflect the life and times of “a most accomplished Prince”, Henry VIII and to demonstrate the exuberance of his youthful court and the changing musical fashions of his reign. Period instruments matching those listed in Henry’s own vast collection and quotations on such subjects as love, war, hunting and dancing bring to life the Tudor Court.

Fools and Frolics : period instruments, colourful costumes, joyful songs and dances create a lively atmosphere for this concert of Elizabethan music. Included is an account in words and music by Shakespeare’s Fool, William Kemp, of his “nine daies wonder performed in a daunce from London to Norwich, containing the pleasure, paines and kinde entertainment” of his journey “wherein is set downe many things merry”.

From Dufay to Dowland : this concert features vocal and instrumental music spanning the 15th and 16th centuries from the medieval courts of Burgundy, Europe and the Tudor courts of England.

In 2018 Courtlye Musick played at ‘Stur of the Moment’ in Sturminster Newton during a ‘Shakespeare readings and tea’. It was a delightful event and mention must be made of the attention to historic detail in the preparation of the food that they enjoyed after the performance, particularly the caramelised apple and carrot with rose water – delicious! This is a comment they received afterwards:

“I just want to say how much I (and everybody else) enjoyed your performance, together with authentic music and instruments, at the Stur of the Moment café in Sturminster yesterday. I was one of the readers, and I know that the event would not have reached quite such heights without your wonderful input. It was exquisite”.