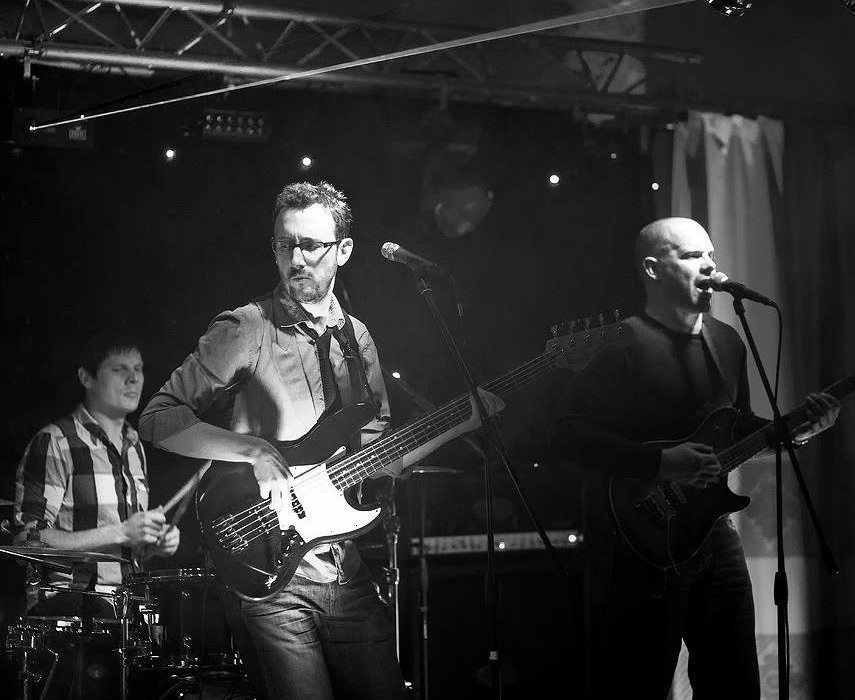 End of the Century

End of the Century perform accurate covers from the 90s, playing britpop, rock, grunge or metal. Suitable for weddings or rock territories, big or small venues. 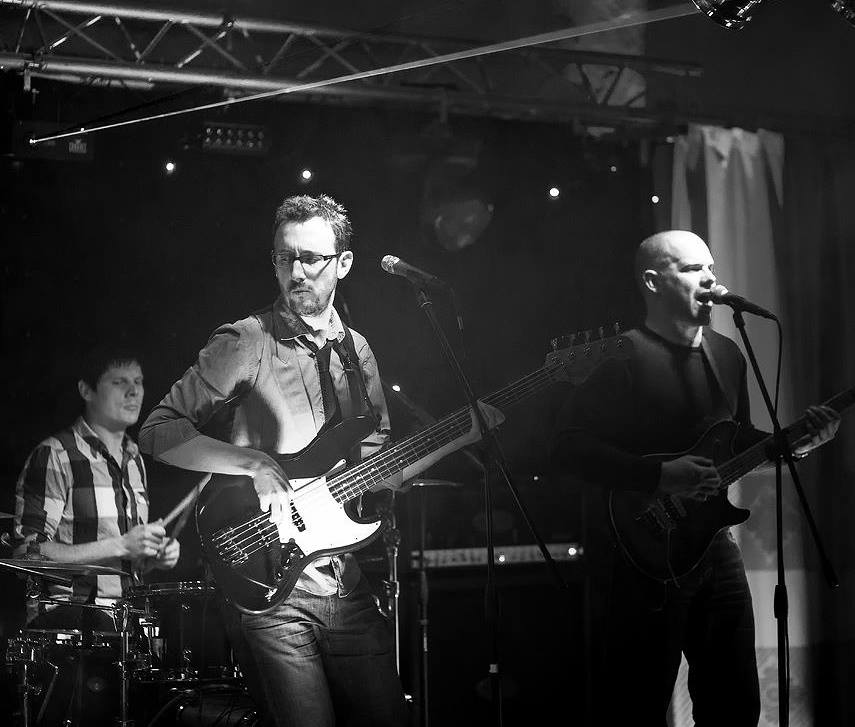 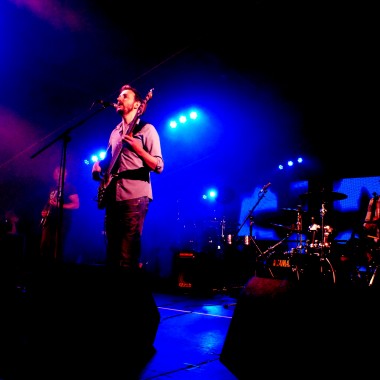 ...They absolutely got the party started at our wedding and got both young and old on the dance floor. We loved their extensive repertoire, songs that everyone knows and loves... 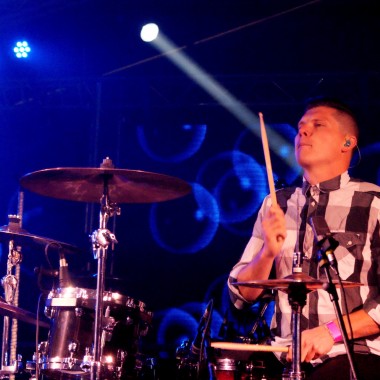 EOTC were absolutely amazing ... they certainly made our event special. Would definitely recommend to anyone!

When it comes to corporate and wedding entertainment, End of the Century are the elite. The band comprises some of the UK’s pre-eminent rock and pop session musicians; each at the absolute pinnacle of their craft.

End of the Century have provided custom packages for Nationwide, WHSmith, Titan Airways, the National Round Table, Randstad Recruitment and the Ministry of Defence among countless others. They’ve travelled as far afield as Sardinia, the South of France and Scotland and they’ve supported notorious acts such as Heather Small, Pendulum, Feeder, Chesney Hawkes and Pat Sharp. One thing is consistent no matter what the location: End of the Century present a breathtakingly impressive show that blends seamlessly with any event.

End of the Century use industry-standard PA equipment and upper echelon pro-level backline to create a wide 3D sound that’s unbelievably rich, full and detailed. The level of attention that goes into their arrangements and vocal harmonies is perhaps more befitting a stadium level touring band – not surprising when you realise that between them the members have appeared on albums and tours by Jamie Cullum, DJ Sandy Rivera, Stooshe, Guthrie Govan, Charli XCX and collaborated with ex-members of Stereophonics, M-People and S’Express.

With over a decade in business and hundreds of past clients, End of the Century have found that one of their greatest attributes is the power of recommendation. Word of mouth has meant that this band has been booked and re-booked by both corporate and wedding clients year after year; their comprehensively professional approach to every event consistently setting them apart from the competition.

As standard the band comes as a four-piece, but they expand to a five piece for many corporate events, or shrink to a power trio for smaller weddings and parties.

With over a thousand weddings under their belt, you can rest assured EOTC will capture the atmosphere you are looking for. They’ve performed in everything from 12th Century churches to converted barns to modern conference halls to rustic open-sided marquees.

Of course, a big part of their job is in getting to the venue and dealing with the staff, directly with the best man/ushers and of course ultimately the bride and groom! They pride themselves on making life easy for everyone they come into contact with. They realise that their job is to blend into the background when they’re not onstage; and yet when the time comes to perform they will bring the exact energy and vibe your party needs – every time.

Don has been playing the acoustic guitar and singing in some of Greater London’s prestigious bars and restaurants as well as at weddings and functions up and down the country since 2006. His huge (four hour plus) repertoire spans right back to the early 1960s and takes in pop, rock, soul and jazz. He is inspired by a range of acoustic singer/songwriters like John Mayer, Dave Matthews and James Taylor, as well as having some clever arrangements of piano tunes by the likes of Billy Joel and Elton John, and some unlikely numbers by Toto, The Police and Led Zeppelin to name just a few. With Don’s accomplished strummed or finger-style guitar playing and his rich expressive vocals he can back things off to a whisper while your guests are enjoying their food or he can ramp things up when they’re in the mood for a singalong! Highlights of his crowd-pleasing party set include 500 Miles, Don’t Stop Me Now, Hey Jude and a medley of Beatles, Oasis and quirky pop numbers that effortlessly straddles six decades. He’s also played classical guitar sets and once even played a version of Extreme’s More Than Words in a 12th Century church during a wedding reception! The consummate all-round entertainer…

EOTC were absolutely amazing at Alfatronix’ 35th company birthday celebration on Friday 25th July 2014. Played a wide range of music and were brilliant. Everyone was commenting on how good they were! It was a pleasure to meet them and they certainly made our event special. Would definitely recommend to anyone! Michelle, Alfatronix

Just wanted to extend my thanks to you for putting together the band a few weeks ago for my boss. Understand everyone had a brilliant night and they thought the band was sensational. Thanks mate, much appreciated! Hope to catch you sometime soon. Daniel Rouse

Thank you (and the guys) so much for your tunes yesterday, we were really impressed and got loads of positive comments from everyone. You really got the dancefloor rocking, I think I barely left it all night! The daytime set really made the atmosphere great as well, it seemed like you played for ages. Oli and Sush

We couldn’t have been happier with EOTC! They absolutely got the party started at our wedding and got both young and old on the dance floor. We loved their extensive repertoire, songs that everyone knows and loves. A particular highlight for us was when they played ‘Buddy Holly’ by Weezer. Our guests have all raved about the band since! Thank you so much guys for making our wedding the huge party we hoped it would be. Katie

We were so impressed with the band, everything from communicating before the big day, the standard of your set and how you interacted with the guests. It was great to meet you all, please pass our appreciation onto the guys. Everyone was blown away; that we could have such an awesome band in ‘little old Clare’! For a few hours we all felt 18 again! Thank you for making ours ‘the party of the century’! Hope we get to see you perform again. Jan Stanbury-Jones

Just wanted to extend my thanks to you for putting together the band a few weeks ago for my boss. Understand everyone had a brilliant night and they thought the band was sensational. Thanks mate, much appreciated! Hope to catch you sometime soon. Daniel Rouse

We hired the band for an event and we were not disappointed. They played a plethora of hits old and new. At the end of the evening when they played their last song, we did not want them to leave. If you are looking for a band for your event, you won’t be sorry with this one. King’s College, London

Just wanted to say a big thank you to you all. Last night was fabulous! Everyone thoroughly enjoyed the party, made extra special by your performance. You got everyone up and dancing and having fun. It was exactly the kind of music and feel we wanted and everyone has commented on how good you were. You were still getting talked about in the office this morning. You guys seriously made me look good and I’m getting praises left right and centre so THANK YOU! Nelsea Fagerlund, Calypso Technology

Thank you, thank you, thank you for your awesome band. Everyone was so impressed, it really added to the perfect atmosphere on the perfect evening. It was an honour you were prepared to provide your services for us. Our mums were particularly touched to hear Ade’s piano playing during the meal too. We were thrilled with our wedding day, I’m glad you could be such a part of it. Oh and it was the best to have our first dance performed live too. Emily and Elliot Harrison

You know you have booked the right band when people start dancing during the sound check. Everyone who attended the party has mentioned how good the band were and what a mix of music they played, funk, rock, pop and even Rock N Roll. And if we thought they could not do anything more, my Fiancee’s dad asked for Rock Around the Clock, and instead of saying they did not know it, a quick search on Google for the lyrics and they were off, with everyone jiving round the dance floor.

If you want your party to rock and to keep your guests on their feet, you need look no further, I would book them again in a heartbeat. Steven Etheridge