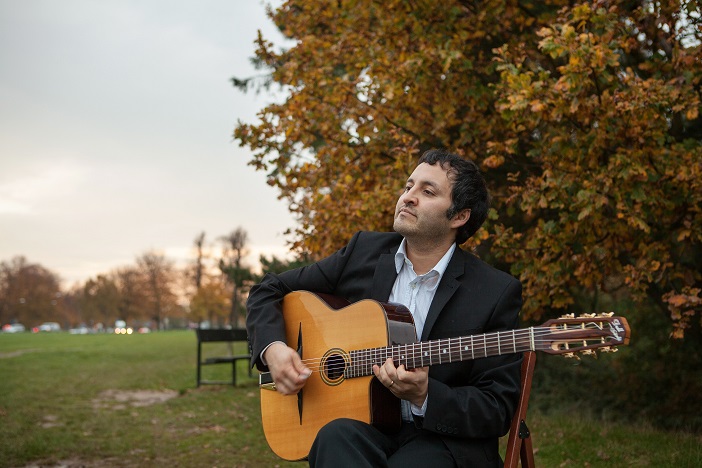 Few acoustic guitarists in Europe can compose and play with such personality and technical skill as Jorge Bravo.

Born in Santiago de Chile in 1973 and based in UK since 2005, he works actively as a concert guitarist, composer, producer and teacher. He has a unique style of virtuoso performance which demonstrates a wide range of influences from classical and flamenco to gypsy jazz and Latin American styles.

Jorge has played in prestigious venues around the UK such as the Royal Albert Hall, Queen Elizabeth Hall and Womad festival; and in some of the most renowned theatres and festivals throughout Europe.

In June 2006 his talents were internationally recognised when he won a first prize at the ‘Nino Ricardo International Guitar Competition’ held in Murcia, Spain.

He offers the following performance options:

Plus other gypsy jazz options.