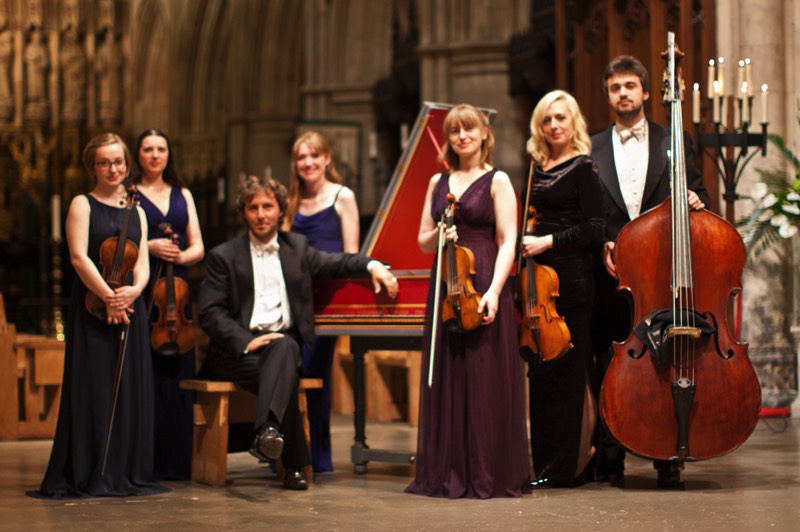 Chamber ensemble for hire.
London Concertante is one of the finest chamber ensembles in the country, its players brought together through a shared passion for chamber music. Founded in 1991, the ensemble soon established a reputation for inspired programming, thrilling performances and the unique rapport it builds with its audience. 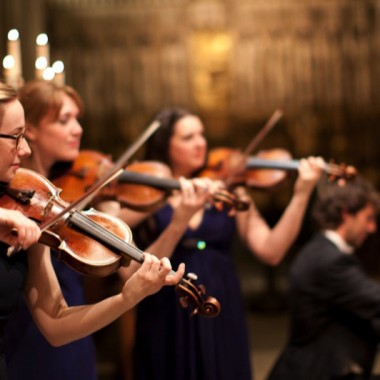 ...a riveting, dramatic, even sexy listen... 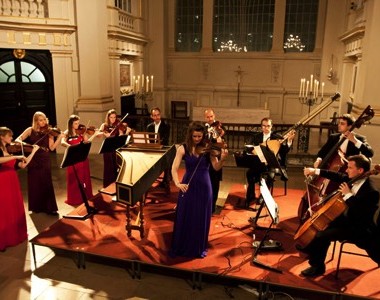 London Concertante is one of the finest chamber ensembles in the country, its players brought together through a shared passion for chamber music. Founded in 1991, the ensemble soon established a reputation for inspired programming, thrilling performances and the unique rapport it builds with its audience.

The ensemble’s engagements grew quickly and in the first few years, London Concertante performed in the UK, made 3 major tours to Spain and, in an expanded form, quickly found itself in demand as a top-quality opera orchestra, performing for Holland Park Opera, Palace Opera, Music Theatre Kernow and Pegasus Opera. At the same time, the ensemble began its regular, and hugely popular, series of concerts at one of London’s landmark venues; St. Martin-in-the-Fields, where it performs 12 concerts each year, alongside concerts at St. James’ Piccadilly, Southwark Cathedral, Cadogan Hall and the Southbank Centre.

In 1995, the group released the first of its 16 recordings, on its own label. Since then, they have recorded for Toccata Classics, Chandos, Harmonia Mundi and ARC Music, with a varied, eclectic and exciting range of repertoire, constantly garnering tremendous critical acclaim. Their latest recording pushes the boundaries of seminal composer, Astor Piazzolla, in a release entitled “Piazzolla and Beyond”

During the intervening years, London Concertante concentrated on chamber music and has performed throughout the UK for music clubs and festivals, giving around 100 concerts each year. Tours have taken them to the USA, Finland, Spain and France, and will be embarking on a tour to the Middle East in 2015.

As well as giving performances at festivals, music clubs and theatres, London Concertante also has a thriving education programme; inspiring youngsters to enjoy classical music, both as listeners and performers.

“a riveting, dramatic, even sexy listen … London Concertante demonstrates extraordinary versatility for a classical ensemble, with a sound that would feel as appropriate in a smoky jazz bar or Argentine tango club as it would in a concert hall. Their skill is summed up in Michaelangelo 70, a dramatic performance of feather-light virtuosity that is so tightly together that it would feel inhuman if there weren’t so much soul in the playing. Bravo.” BBC Music Magazine

“A sultry success” The Observer

“to be relished … they let the music show the full breadth of its textures … all the light and shade you could wish.” Financial Times

“The London Concertante was a pleasure to listen to. There was a snap to the rhythm, lively wind sound, a warmth and enjoyment to the playing” The Stage

“Quality musicians. Quite excellent…pursuing each new pulse with the unanimity of a shoal of fish. [They] play with tone as soft as velvet, bow strokes that really sing and a Romanticist’s wide volume range.” Evening Standard

“played with silky-toned elegance….extraordinary unanimity. The London Concertante members, fine chamber musicians that they are, played with an uncanny clarity of texture…quite exquisite.” The Strad

“Drum-tight. This is superb chamber playing.” The Scotsman