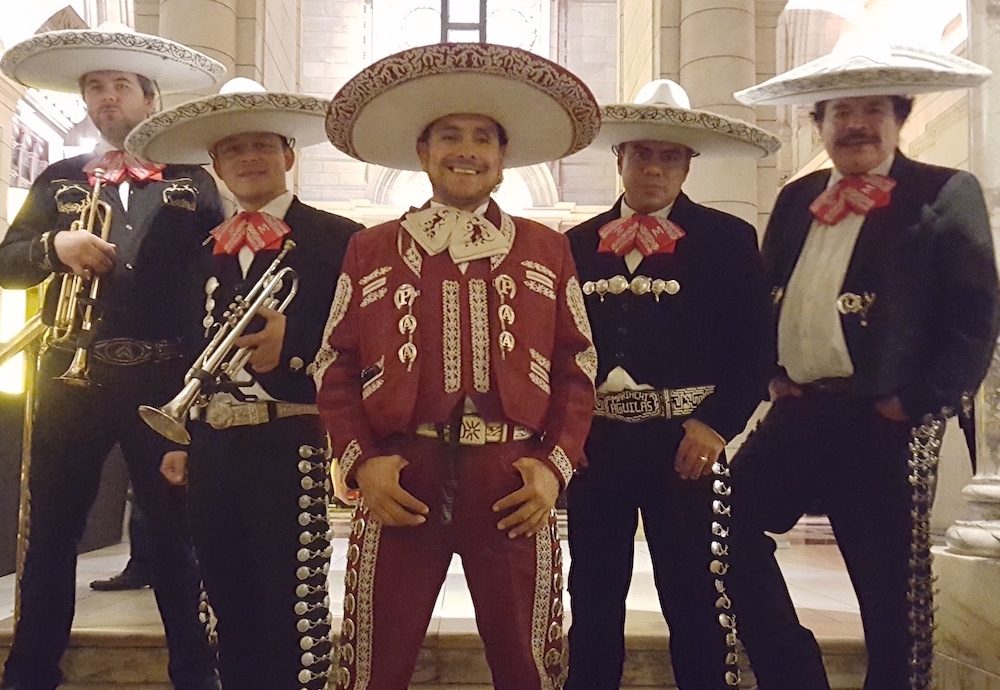 Authentic Mariachi Band for hire
Mariachi el Mexicano bring the passion of Mexican ‘fiesta’ to your special occasion with their vibrant Mexican music and colourful costumes. 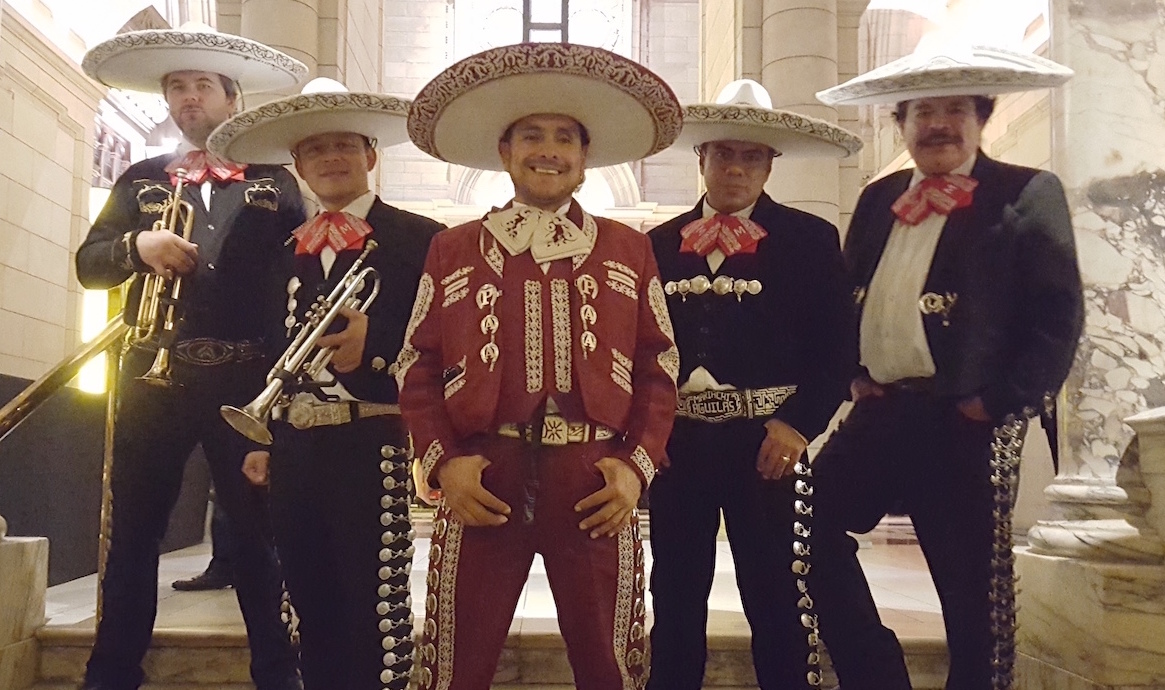 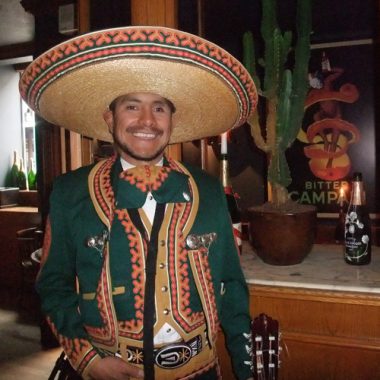 ... you had everyone joining in, you were thoroughly entertaining and highly professional... 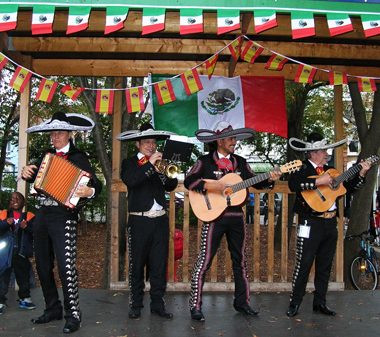 ...The group certainly has the "wow" factor with the splendid costumes, sombreros and variety of instruments...

Mariachi El Mexicano bring the authentic sound of Mexican music to the UK.

Mariachi music is the unique and vibrant sound of traditional Mexican music, guaranteed, with its exciting blend of live musicians and colourful costumes, to bring the passion of Mexico and the authentic Mexican ‘fiesta’ feel to your special occasion.

Mariachi El Mexicano are a flexible sized band who can perform either solo or up to an 8 piece band at all your special occasions no matter how large or small. The band are mobile so can move from one part of a venue to another – whatever your occasion requires! They have performed in many prestigious UK venues including Somerset House, the Museum of London, the Royal Festival Hall in the South Bank, Hampton Court Palace and at the Clearwell Castle. They have also performed at the celebration of National Independence at the Mexican Embassy in London and for organisations such as Mexico Lindo and Mexico Juvenil.

They have also performed in adverts for Domino’s Mexican Pizza, FlyBe and performed with Madness in Strictly Come Dancing.

Mariachi El Mexicano recorded the soundtrack of the short film ¨All Piñatas Go To Heaven¨ which won an award for “best film” at The London Film Festival lift-off.

They have also provided entertainment for numerous people at all type of private functions, both on a small and large scale at weddings, serenades, office parties, golf clubs, hen and stag parties, civil partnership ceremonies etc. “Hola! Just to say a massive thank you to you and the band last Friday! You were totally awesome and the bride and groom loved the vibe….. The tunes you chose were awesome and the extra bit at dinner was sublime. The Killers cover you chose is a special song between me and my daughter, we call that ‘our song’……how wonderful you covered that and didn’t know! You can’t go wrong with Beatles either as you probably found out my husband is an avid fan! Well I hope we see you again in the future and I can promise you I will recommend you to everyone I know!

“I just wanted to thank you so much for playing at the wedding on Saturday. We did not tell anyone that you were going to be there so it was a lovely surprise and everyone thought you were great. Thank you for making a special day even more special and I know it will be talked about for years to come.”

“The Worshipful Company of Dyers held a Ladies Dinner at the Grocers’ Hall in the City of London last week and Pablo and five of his musicians entertained us. The group certainly has the “wow” factor with the splendid costumes, sombreros and variety of instruments. The music was great with everyone joining in the infectious rhythms – a complete change from the conventional background music on these occasions! They were a delight to deal with and we thoroughly recommend them.”

“Just wanted to write and say a big thank you for a job well done last Saturday! The girls had a great time and spoke very highly of you and the guys! I will make sure I recommend you for any party!”

“I can only say, that having you guy’s as part of our party really set the scene for the rest of the evening, you had everyone joining in, you were thoroughly entertaining and highly professional.”

“Thank you so much for coming along Saturday you all, were a huge success, everyone just loved you. Many thanks for a wonderful evening.”

“Thank you so very much for an incredibly vibrant performance at our wedding – you were the talk of the day … most people had never heard of mariachi music before so we have enlightened them! You and your musicians were all wonderful. You made our day very different and special.”