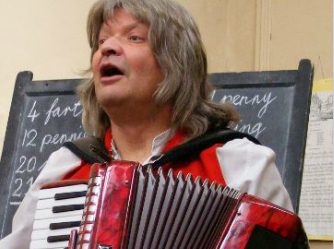 Virtuoso accordionist for hire.
Mike Ruff is a professional musician who specialises in French, Italian, Scandinavian, German, English, Irish and Scottish music played on the accordion. 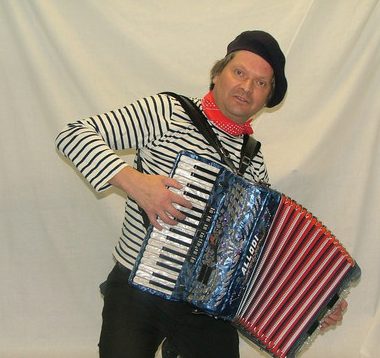 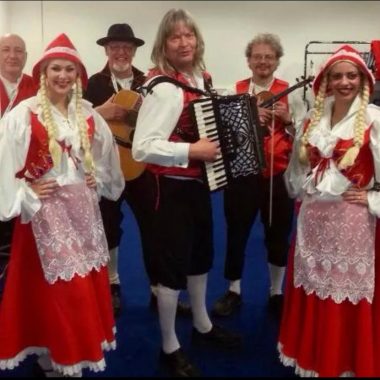 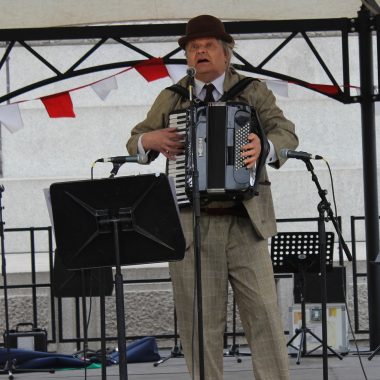 Mike Ruff is a professional musician who specialises in French, Italian, Scandinavian, German, English, Irish and Scottish music played on the accordion. He also sings, and performs Medieval and Renaissance music on mandolin and recorders. He even has his own maypole!

With a personality that reaches out to his audience whatever the occasion, working with you to fit the theme and style of your event, Mike has costumes to match many themes and others can be hired. Requests are taken from a repertoire approaching 1000 tunes, covering more than a dozen nationalities (at the last count!)

Mike is happy working on his own as a solo accordionist or dancer, or with other musicians and dancers, for example in Quicksilver who offer a wide range of instrumental music for dancing or listening. He also performs in Allcock and Brown, a specialist authentic early 20th Century music hall act.

The latest sensation of shanty singing is a manifestation of something Mike has been doing throughout his career, including gigs on the Cutty Sark, HMS Warrior and Tall Ships Regatta in Greenwich.

Mike previously appeared at Shanty Festivals in Whitby and Lancaster, and has been singing and playing nautical material for decades at folk clubs and festivals throughout the UK.

Mike offers a repertoire of German music suitable for Oktoberfest and other Bavarian themed events. Complete with jaunty costume and thigh slapping tunes, he brings a bit of oomp-ah and a real Hofbräuhaus feel to your celebrations. He can perform solo or with other musicians as a duo or trio.