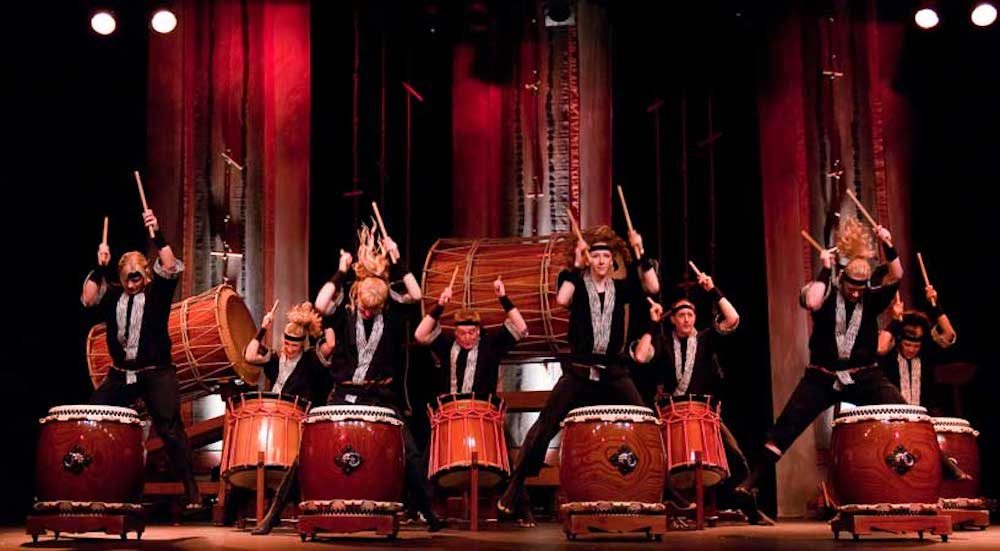 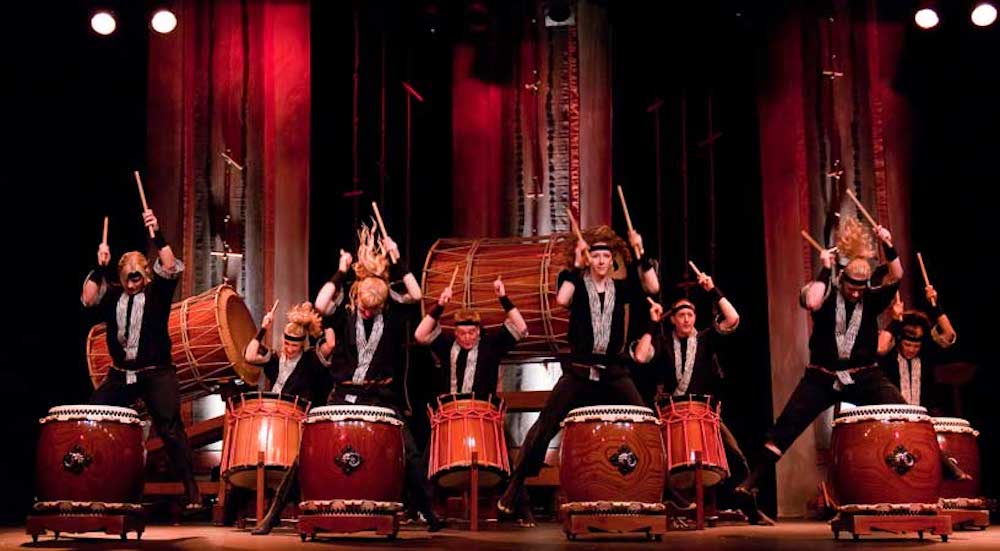 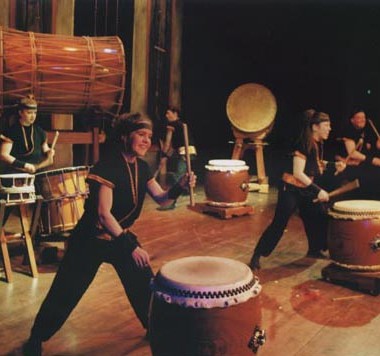 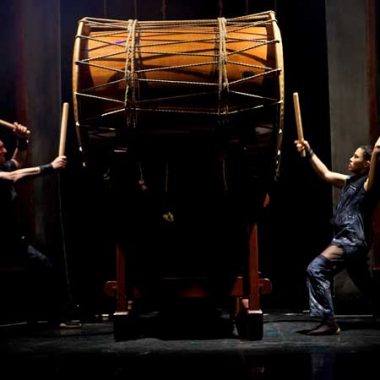 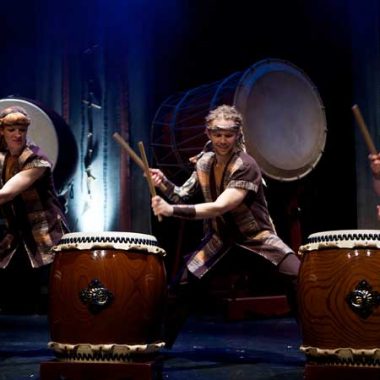 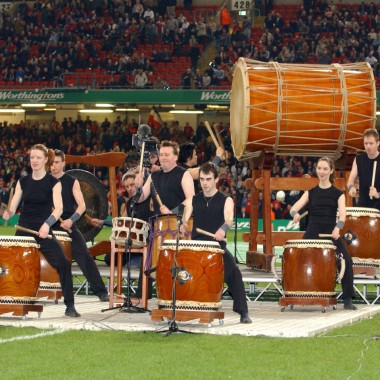 Established 25 years ago, Mugenkyo have consistently provided top-quality entertainment for all kinds of events and festivals in both the UK and further afield.

Performances include the Festival Dell’Oriente in Italy, Buddha Bar New Year’s Eve Party in Marrakech, mainstage performance at the Formula One event in Abu Dhabi, BBC Proms in the Park in Glasgow, etc.

Taiko Drumming provides a dramatic spectacle for all kinds of events, and the performance is tailored specifically to the event.

The length of the performance is flexible – from 10 minutes to 100 minutes – they aim to fit to the requests of the client.

Depending on size of performance area & size of access, they can include the Odaiko big drum in the set (1.2m wide access door needed), but this is not necessary for the performance if the space doesn’t allow.

You are guaranteed a slick and professional performance – not just the playing, but also the set-up & pack down. All of their drums are on castors & can quickly & gracefully be moved in & out of position. Their technical requirements are simple, as the performance is fully acoustic.

Mugenkyo was formed in 1994 on their return to Britain after two years of intensive study on the west coast of Japan, the ‘hotbed’ of Taiko drumming, under legendary Taiko master Masaaki Kurumaya-sensei.

For over a thousand years Taiko drumming has been used in Japan to celebrate the village festival, sound the rice planting season, drum up a storm in a call for rain, beat off famine and plague, and played ceremonially in temples and shrines. Each Taiko drum has its own spirit, and when the drum is played the spirit is awakened. In the past few decades Taiko has developed into an exciting visual performing art and has exploded into a ‘Taiko boom’ in Japan and beyond.

Mugenkyo is the leading force of Taiko on this continent, pushing musical boundaries, astounding and captivating audiences everywhere. They have built a solid reputation for their dynamic and powerful performances at theatres and festivals in Britain, Europe and Japan. Using traditional Taiko rhythms and disciplined development of KI energy, Mugenkyo have developed a distinctive style of drumming with international appeal.

Taiko is festival music and Mugenkyo have continued this tradition in Britain, performing special outdoor concerts and at a wide range of festivals from Glastonbury and Phoenix festivals to the Edinburgh Festival and Henley, cutting across the musical spectrum. The powerful rhythms played on Taiko drums and percussion imported from Japan and highly choreographed physical performance has a very broad appeal, attracting audiences of all ages and backgrounds.