Nicola and Jonathan are an established Oboe or Cor Anglais and Piano Duo. Whether introducing audiences to neglected masterpieces by Rubbra and Howells or providing fresh and innovating readings of famous works by Schumann and Saint-Saëns, Nicola and Jonathan’s performances have been praised for their vitality, spontaneity and effortless ensemble. 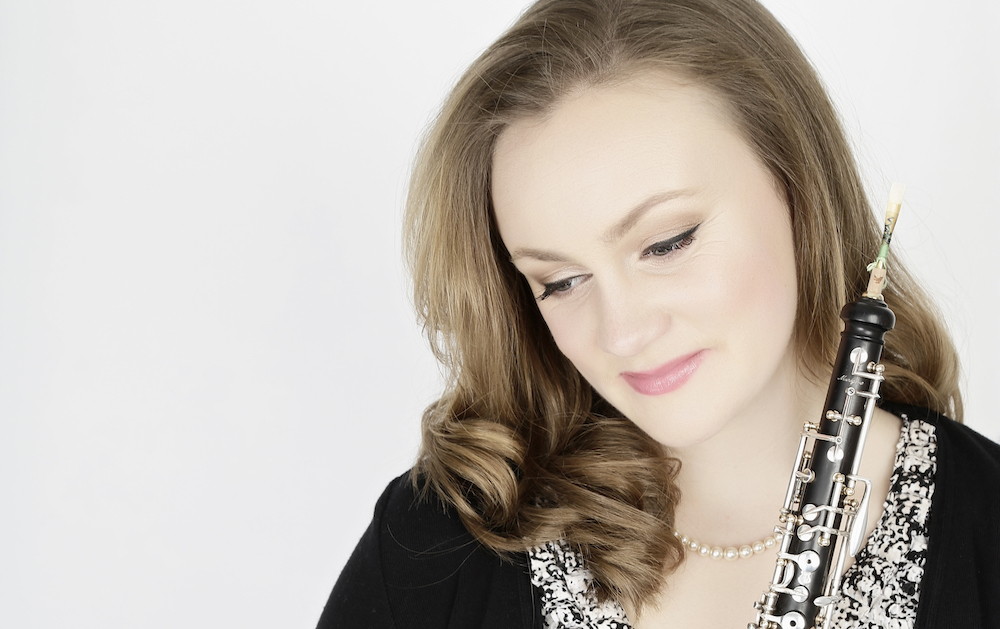 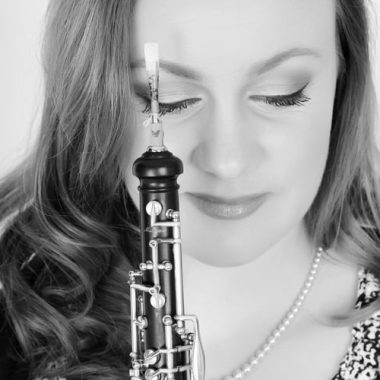 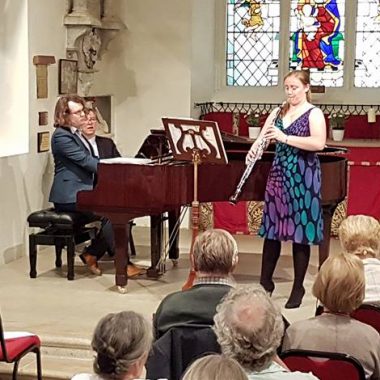 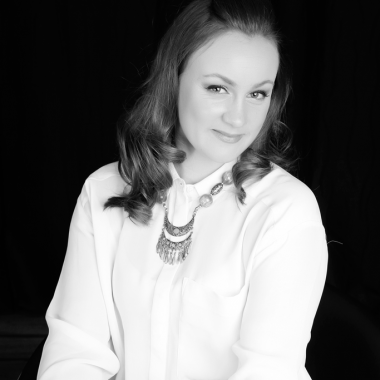 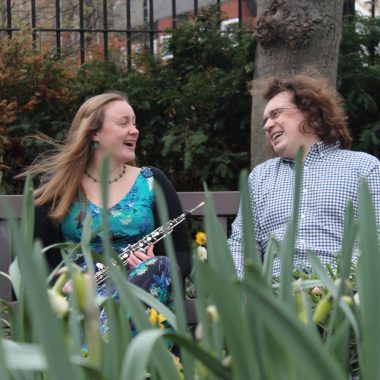 Nicola and Jonathan are an established oboe and piano duo who met at Cambridge University. Together they have performed at St. James Piccadilly, St. Martin-in-the-Fields, St. Mary’s Perivale, Peterborough Cathedral, St. George’s Hanover Square and Waltham Abbey amongst others.

In January 2020 they released their first album, Light & Shade, of which MusicWeb International wrote: ‘It’s hard to imagine a more sensitive and sincere performance of [Dranishnikova’s] Poem than it receives here’. Their second album ‘Phoenix’, a disc of English oboe and cor anglais music, is due for release in December 2020.

Nicola graduated with Distinction from the Royal Academy of Music Masters programme, where she won the Evelyn Barbirolli prize for oboe and the Grimaldi prize for cor anglais. Nicola was the 2nd oboe/cor anglais player for the Orquestra do Norte from 2015-2017, and has been on trial with the Philharmonia Orchestra. She also plays regularly with the Royal Scottish National Orchestra, Birmingham Royal Ballet, the Chameleon Arts Orchestra and the Orpheus Sinfonia. She played oboe and cor anglais for ‘The Light Princess’ at the National Theatre in 2013-2014, and has played for other shows including ‘Miss Saigon’ in the Prince Edward Theatre.

As a concert soloist, Nicola has performed the Martinů Concerto, the Vaughan Williams Concerto, the Mozart Concerto, the Marcello D Minor Concerto and the Strauss Concerto. In 2015 she was awarded a Jellinek soloist’s award by Croydon Symphony Orchestra, and as a result played the Albinoni D minor concerto in Guildford in 2016.

Jonathan graduated with an MA in Music from Cambridge University in 2010 before undertaking further study as a pianist with Graham Fitch. He has worked with groups including the Royal Opera House, Garsington Opera, Glyndebourne Youth Opera, Spitalfields Music, Opera Holland Park, Chelsea Opera Group and the Orpheus Sinfonia, and has musically directed opera from the piano for Devon Opera and Opera Anywhere.

Fiercely committed to music-making in his native East London, he conducts the East London Evensong Choir and Aldersbrook Community Choir, and is Director of Music at the historic church St. Peter London Docks. Jonathan is a prolific composer and librettist, whose recent premieres have included a full-length opera about the suicide of a 1960s architect at Poplar Union and a set of twelve liturgical anthems as part of the London Festival of Contemporary Church Music.

Nicola and Jonathan are proud to have the support of Making Music and the Concordia Foundation.