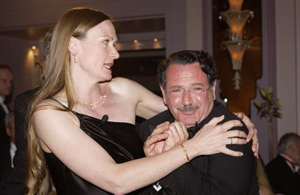 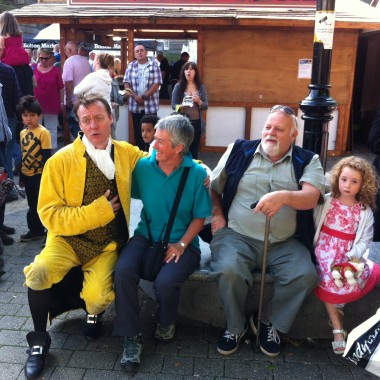 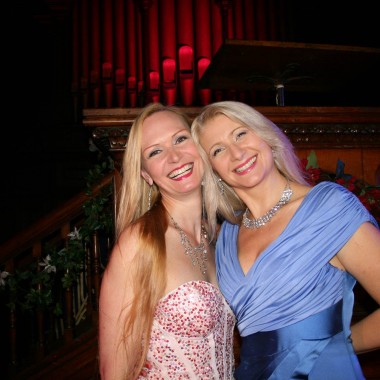 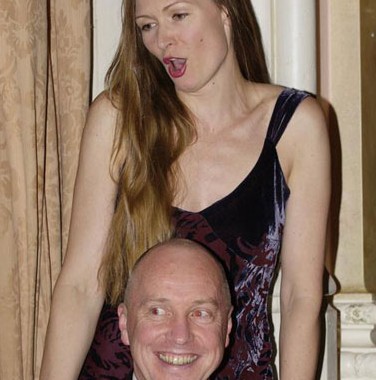 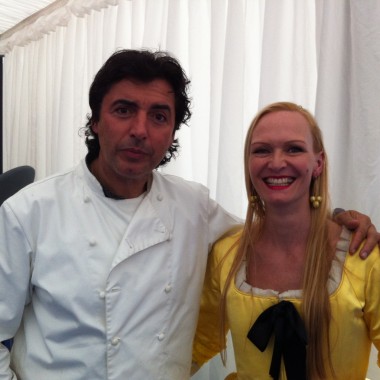 Oyster Opera will help you make a success of any party. We can arrive with orchestral backing tracks if a piano is not available, and can make our performance as formal or as informal as you require. Guests are delighted not only by the beauty of the singing, but by the fun we can bring to an event. We can drift through a crowd, stopping to serenade the odd guest. To hear an opera singer at such close range is an unforgettable experience! People are amazed we don’t always need to use microphones, and that we sing with so little effort. All Oyster singers are professionally trained opera singers (so they can sing with enough projection to perform without amplification at most small events) and they can act.

Our real skill is treading the fine line between having fun, and making people feel uncomfortable. Years of party experience have given us the rare ability to pick the right person to serenade, grab the guest who is willing to get up and waltz with an Oyster, and also to spot the guest who just wants to sit quietly and listen to the arias.

Any event can be made more memorable by Oyster Opera! At dinners or wedding breakfasts we recommend two twenty minute sets – one after the main course, then one after pudding, during coffee. If we are a surprise and perhaps dressed as waiting staff, then we can burst into song at any time and do one set of 20-30 minutes, or come back after a break changed into our glamorous evening gowns and do another set of 20 mins.

Whatever you are thinking of, just ask – we are totally flexible and can perform just about anywhere. If you have a huge venue you may need to think about a larger sound system and perhaps ‘body mics’ for us in order for all the guests to hear – especially if we are singing whilst people are eating and drinking. Otherwise we will sing acoustically and with our backing tracks through your party sound system, or our own small, portable, battery operated system during breaks in dining.
Parties where Oysters have entertained include: Elton John’s birthday party, dressed in 18th Century costumes and wandering through the gardens serenading the celebrity guests; Journalist Matthew Parris’ birthday party at his semi-renovated house on a mountain in Spain; a party given by Aldo Zilli in the basement of his Holborn restaurant; a retirement party in the canteen at the European Space Agency in Frankfurt; a 30th wedding anniversary at a Hop Farm in Kent; a 50th birthday party in an intimate Chelsea restaurant; a summer garden party in Dorset to celebrate a christening; at a marriage proposal in a tiny restaurant in Putney (luckily, she said yes!); a dinner in the presence of the Royal Family and HRH the King of Jordan, and 1500 others, in Dubai.

Depending on whether you have one, two, three singers, girls or boys the repertoire can include the following: O mio babbino caro, from Gianni Schicchi by Puccini (used in A Room with a View); Nessun Dorma from Turandot by Puccini (football fans will recognize this one); Habanera from Carmen by Bizet; Summertime from Porgy and Bess by Gershwin; The Flower Duet from Lakme by Delibes (British Airways ad); Brindisi (the drinking song) from Traviata by Verdi, and many more. A great combination would be two girls and a boy in order to have some fabulous female duets, male/female duets and Nessun Dorma and O mio babbino caro … just a suggestion!