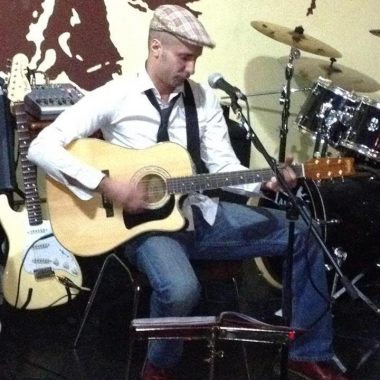 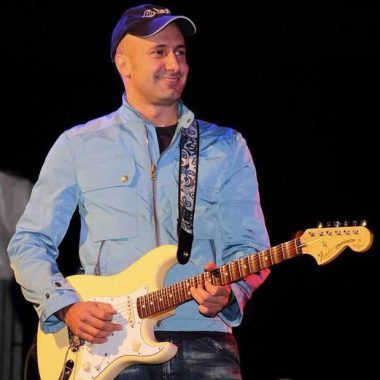 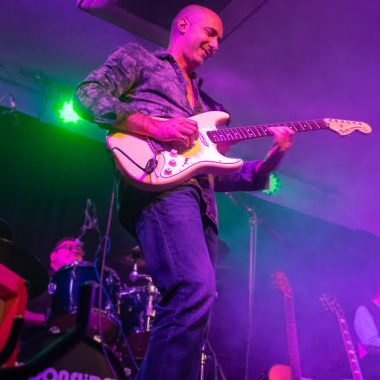 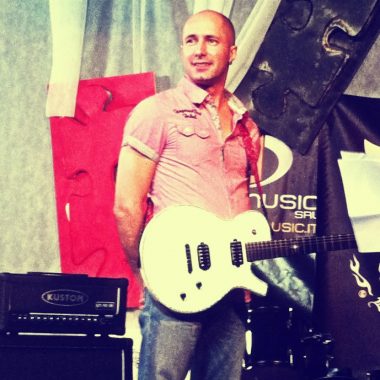 Paolo has independently composed, produced and released solo albums, as well as soundtracks for theatre productions and songs for other artists.

He is also an accomplished singer and guitarist who has performed all over Europe and collaborated with numerous international artists.

Paolo has a unique writing style that has developed over the years whilst traveling around the world, through literary studies and ongoing poetic research.

This led him to win first prize of poetry at the Pirandello Stable Festival in 2012.

He started his career in theatre and cinema in 1998 and alongside an intensive period of training in drama school, he spent seven years acting and improving his skills in stage directing at the Teatro Regio di Torino, working under the prestigious direction of Franco Zeffirelli, Josè Carlos Plaza, Ugo De Ana, Giuseppe Patroni Griffi and John Cox.

Since 2002 he has written and directed a considerable number of plays and short films. He often collaborates with Theatro Technis in London as stage director.

He’s the founder of SounVid video and audio productions company.

Paolo was absolutely superb from start to finish with a charming manner to match his guitar and vocal skills. is a real musician, a true performer and a great communicator. We discussed my preferred songs and he played them whilst creating the perfect ambiance for that night. Without a doubt, I would recommend Paolo for a great night out!

Brilliant artist with a wide and varied playlist. Nothing was too much trouble and he performed most of the evening getting everyone singing along. Very talented guitarist with a lovely personality. Thank you for making my boyfriend 40th so special. Would definitely book Paolo again and highly recommend him to others.

Paolo Coruzzi played at our annual street party and clearly he is an excellent musician. He read the crowd and played appropriate music for the mood which went from mellow to upbeat. He was very polite, professional and personable and I would definitely book him again. Thanks Paolo.

“Dear Paolo,
You delighted everyone with your performance and I heard loads of compliments about you. I am so lucky to have found you so a massive thank you!”

Dear Paolo, Thank you so much for your performance at our event. You are a wonderful musician and everyone loved what you did, especially when you sang your own songs. You are very accomplished not only on the guitar but in judging and pleasing the audience. I am very happy to recommend you, you entertained babies and small children and our 91 year old grandpa and all of us in between. Thank you and best wishes Wendy