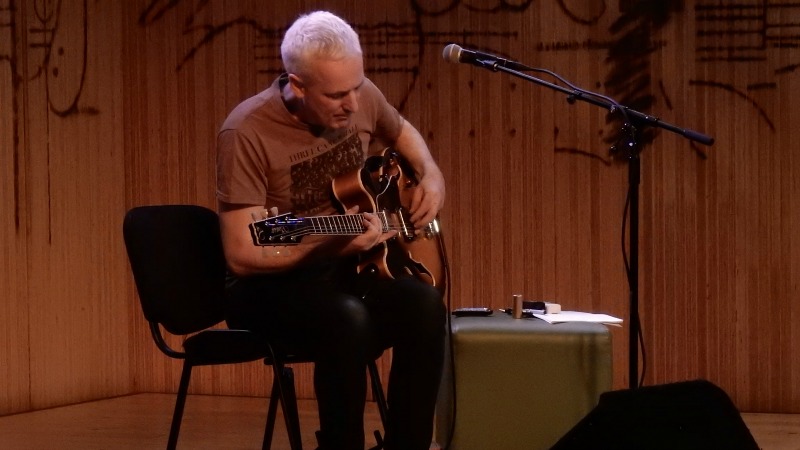 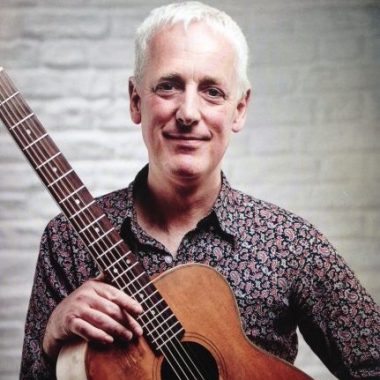 Paul’s 2015 90% improvised (words and music both) album Banish Cherish (36 mins.’ long) presented the means to test the comparisons that his music has drawn from audiences over the years. These are names from Milton Nascimento to Brian Wilson, Paul Simon to Paul Brady, Roy Harper to Robert Wyatt, Joni Mitchell to Jeff Buckley, Frank Zappa to The Blue Nile, Caravan to Can, Tortoise to Beatles, Stockhausen to Radiohead, Nick Drake to Charlie Drake. Banish Cherish was longlisted for the Northern Ireland Music Prize in November 2015.

Paul’s discography ranges from albums by Radiohead-influencing Anglo-Irish visionary popsters Me, via pioneering Bristol postrockers/nujazzers Organelles, to current filmic-folk-minimalists Three Cane Whale (whose debut was described in the Telegraph as among the “five best modern folk albums”; and follow-up album as “hidden gem of 2013” by The Observer).

From 2012 till 2019 Bradley has composed and solo-performed the live score for the highly-praised dance theatre show Innocence, based on the life and work of William Blake. The show by Scottish Dance Theatre (created and directed by Jerwood Prize-nominee Fleur Darkin) has extensively toured the UK, Mexico City, Shanghai, and Lima.

Bradley has collaborated with dance-theatre choreographers, animators, film-makers, and a breadth of musicians from Blue Aeroplanes to Spiro. He has scored and performed for soundtracks on BBC Natural History, Discovery Channel, Encounters Film Festival, C4’s Random Acts, and has played live, or been broadcast on, all six national BBC Radio networks.

Paul’s prolific output of spontaneous, multitimbral music has seen him do hundreds of solo, improvised gigs throughout the UK since 1996. Then Bradley would have been virtually alone in staging live-looping solo performances in all-made-up song, soundscape, illustrated “talk”, misguided standup and even off-the-cuff solo theatre. But it all must entertain and tell the truth, somehow.

In 2009 Bradley made a children’s & family album of poetry-settings (Blake, Rossetti, Lear, RLS and more). Calico Pie was described by Independent on Sunday as “wonderful”. In 2021 CP is still lulling and thrilling small ones and their carers.

“Bradley has made a genuinely psychedelic album that conjures up the spirit of adventure and no boundaries better than pretty well anyone since the heady 1960s.” fRoots (March 2015)
“Undiscovered genius” Jazzwise
“Consistently captivating” Guardian
“Wonderful” Independent on Sunday
“One of the most truly original composers and performers in the country” Venue (Bristol)