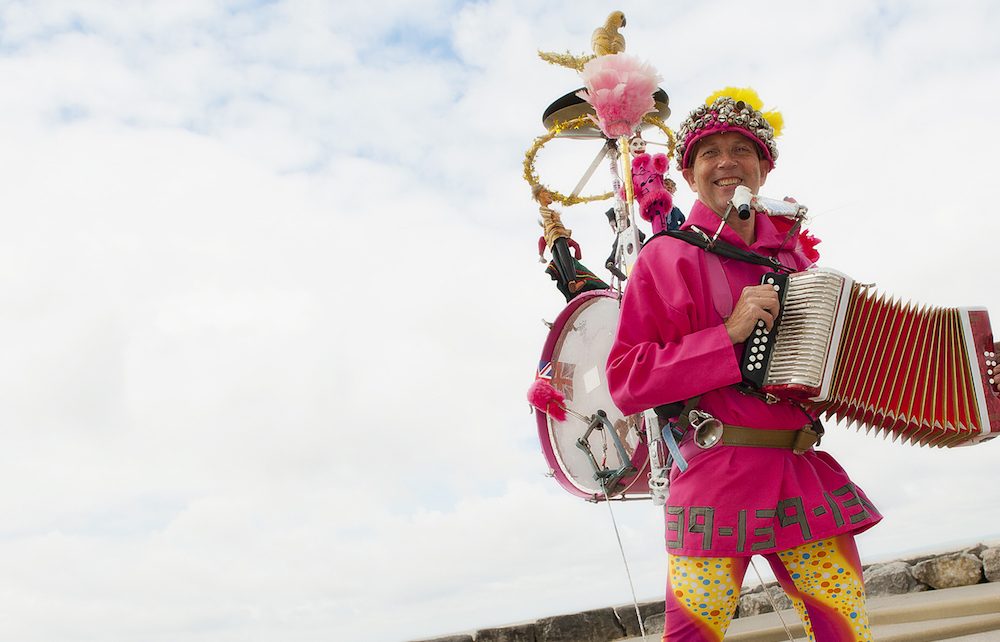 Pete is a singer and instrumentalist playing accordion, piano, trumpet, percussion, guitars and whistles, with four different one man band personas to choose from that are guaranteed to entertain. 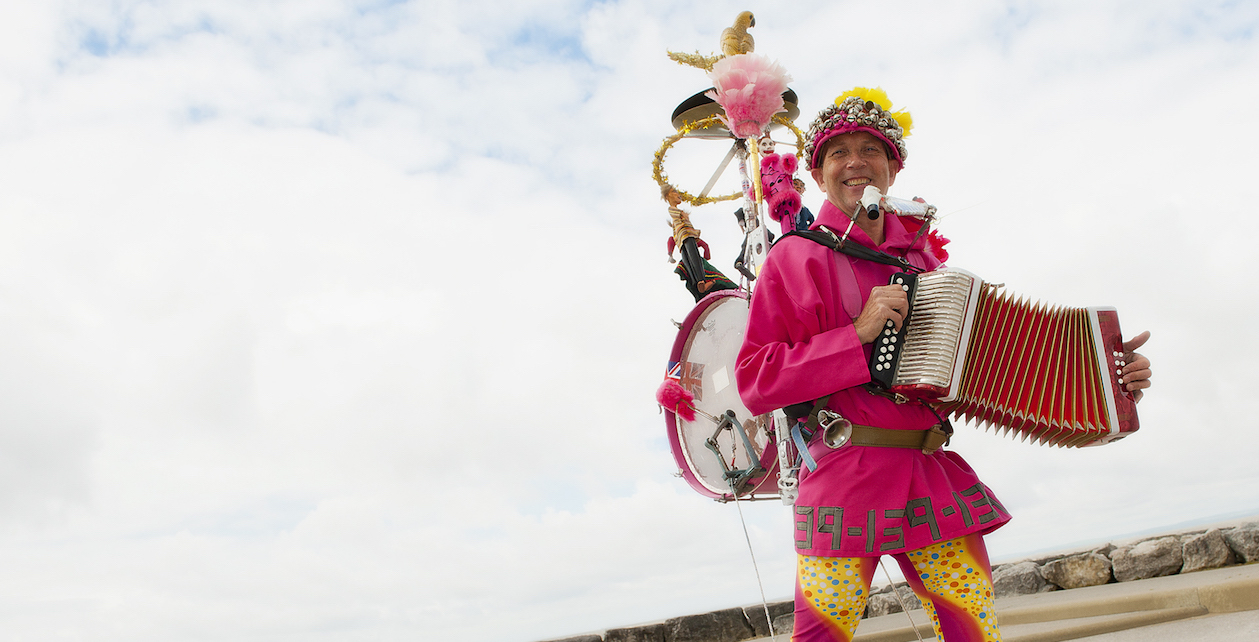 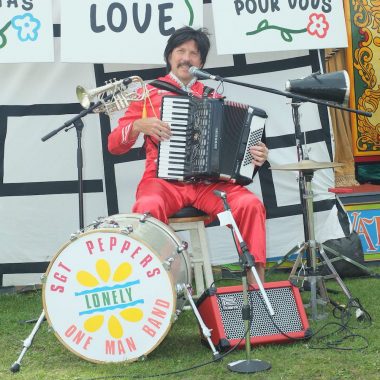 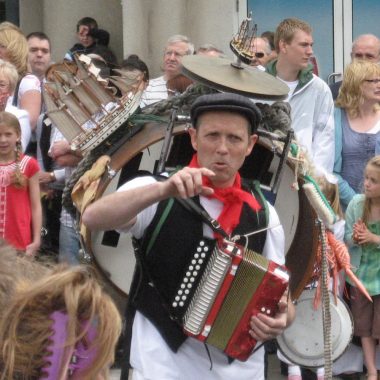 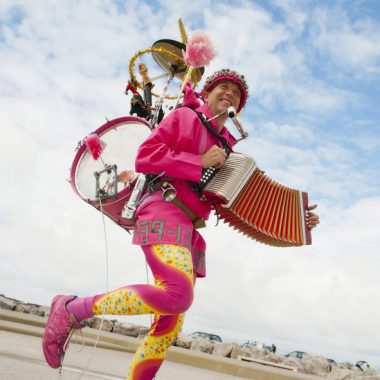 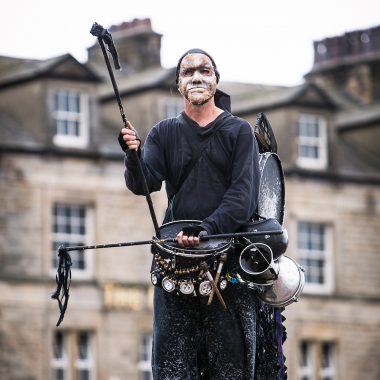 The one man band has a special place in everyone’s imagination. Once seen never forgotten…. and the image of Pete in one of four contrasting outfits will remain with you… wherever you go.

Each one a unique character with a repertoire of popular tunes and humour,  perfect as the walkabout for a street fair or city centre occasion. Ideal to fill a space with a static show and just what you need to draw people across the street and into your venue.

Perfect for a wedding, a christening or a birthday party. Songs can be written on request.

There is always the right one man band for your event or festival. Choose one from this list

FASTEST ONE MAN BAND IN THE WORLD: A vision in pink, this one man band will make you laugh and gasp with amazement. Pete plays great dance tunes, sings popular songs and moves around a space entertaining people of all ages. A celebration of co-ordination he became the fastest one man band in the world in 1988, creating an unbeaten record of running 100 metres in 19.75 seconds, playing 139 instruments, wearing 5 colours and playing 4 recognisable tunes.

CHILEAN BIRD: In every culture there is a one man band. On his travel in Chile Pete discovered the folkloric tradition where pairs of one man bands play together, mainly on the street – Chinchinero. On returning to the UK he made this version, a black bird of a one man band, with wings and fluttery rags and a percussive beat playing 4 drums on the move. The trance like grooves engage and amaze, the mask scares and intrigues…

SGT PEPPERS LONELY ONE MAN BAND: The newest of Pete’s acts created for the 50th anniversary, playing only the songs from the album in a unique style. A sit down act with audience interaction and singalong moments to those songs that everyone knows!

“Pete Moser’s Sgt Pepper’s Lonely One Man Band lit up this year’s Vintage by the Sea with an ingeniously contrived collection of fab-four classics. His performances were universally popular, entertaining and engaging all ages of our audience.” Lauren Zawadski – Deco Publique

A riveting hour of entertainment that takes you round the world and back.

Children laughing, singing songs and dancing, transfixed and transported with tales of travels and musical fun.

Music from the accordion, trumpet, kalimba, penny whistle and of course, the complete band (s)

“ in 30 years of running school assemblies and shows I have never seen a show that has captivated and inspired the children like this”  Neil Tranmer . Head of Brunshaw Primary. Burnley