7 piece boogie woogie big band for hire.
Red Stripe has been stomping his boogie woogie rhythms now with the band for over 20 years and has played all over the world from Monte Carlo to Tokyo and New York to Milan. The band has a great time wherever it goes – infectious energy filling the venue with on and off stage antics! 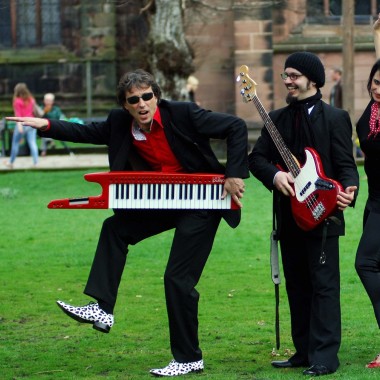 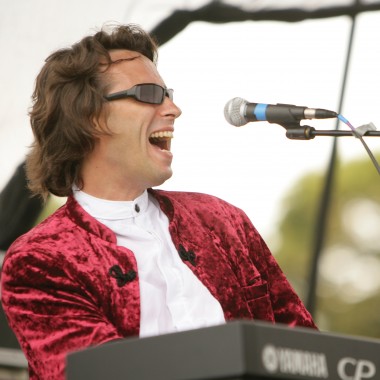 ''The closest thing to Jools Holland and his big band'' 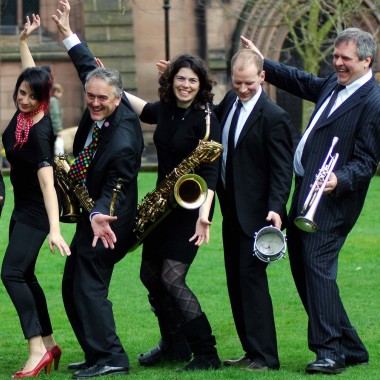 The Red Stripe Band are normally a seven piece band featuring bass, guitar, piano and vocals, drums and a three piece horn section – tenor and baritone sax and trumpet. They can also perform with reduced or enhanced line-ups.

Based in London but gigging all over the country, their previous engagements have included several Jazz Festivals including Birmingham, Lichfield, Marlborough, Lyme Regis, Chichester Real Ale & Jazz and a very successful tour of USA’s East Coast, playing with guest artistes including John Martyn, Glen Tilbrook from Squeeze, and Rupert Black of the Pretenders.

In the summer the band supported Eddi Reader of Fairground Attraction fame. Satisfied corporate clients include Hanson Group, British Telecom and Barclays Bank to name but a few. The guys have ‘ripped-up’ corporate events and by the end of the evening nobody can keep still – the whole place is jumpin’ !

The line up is: