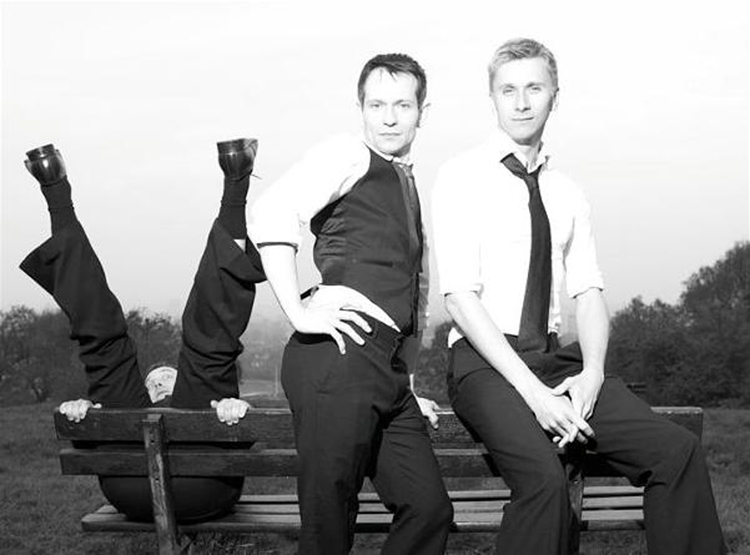 Scales of the Unexpected

Scales of the Unexpected, vocal harmony with a twist. Madcap medleys, literal choreography, tribute to greatest One Hit wonders and more from this talented trio. 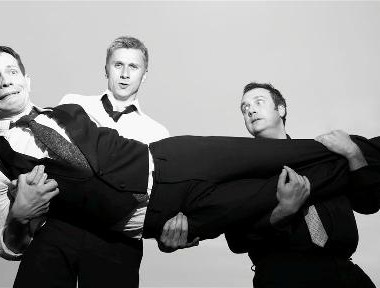 The highlight of my wedding day

Scales of the Unexpected is a comedy vocal group on a mission to save the world one harmony at a time! Revisit pop music’s greatest ever One Hit wonders and learn the secrets of Literal Choreography as the boys pay harmonic homage to the greatest popular music of all time.

From Take That to Coldplay, from Bananarama to Kylie, no one is safe from their melodic makeovers and powerhouse pastiche. Scales of the Unexpected bring you their patented blend of madcap medleys and deranged dancing. It’s vocal harmony with a twist!

Scales of the Unexpected create shows perfect for corporate events, dinners, garden parties, weddings, awards ceremonies and trade fairs of all shapes and sizes. They can provide a cheerful musical welcome or a spectacular after-dinner comedy cabaret show. If there’s a song that would be perfect for your event, and that you’ve always wanted to hear in glorious harmony, they can arrange and perform it to order. If you want to have somebody praised to the skies in song, or mercilessly and musically mocked, their award-winning writing team will rewrite the lyrics to any songs you like, or come up with a new one Especially For You! And as the Festive Season is rarely more than 12 months away, you should hear what they can do to your favourite Christmas songs.

They’ve helped launch the Royal Academy’s Summer Exhibition; they were Singing Comperes for the Duke Of Edinburgh’s Awards; sang an epic musical medley in the Best Man’s speech at a glittering Celebrity Wedding; and have entertained clients including Duncan Bannatyne, David Coulthard, Selfridges, HSBC, Unilever and McAfee in such glamorous locations as Monte Carlo, Claridges, The Dorchester Hotel, Somerset House, Highclere Castle and Gstaad!

Celebrity reactions to Scales of the Unexpected…

That was great, guys – Ewan McGregor (after they sang one of his very own Moulin Rouge songs at him!)

Scales of the Unexpected – what a great name! Rory Bremner

Here’s what Heart FM’s Nicola Bonn thought of them at the Wam Bam Club – Without a doubt the highlight of the night was Scales of the Unexpected. They were the antithesis to the phenomenon of the boy-band and entertained us by singing well-known pop-songs in the style of a barber-shop quartet. Add to that choreography that went from the sublime to the ridiculous and you had a performance that brought a smile to the longest of faces. If you want to laugh out loud then definitely try and see them. They are guaranteed to make you forget all your worries!

…And what their audience thinks

I never thought any musical cabaret could make me laugh more than Flanders and Swan – but I’ve been proven wrong – my laughter muscles are still hurting. Scales are the best thing in musical comedy today!

Scales are definitely a crowd puller and worth the squash…they really were terrific and I would love to see the show again.

I was immensely impressed by Scales and have not laughed quite so much in a long time.

Haven’t heard anything as good since The Kings Singers.

Scales Of The Unexpected…perform not just cover versions of known pop hits, but segue them together in such a clever way, it borders on Joycean wordplay. They get through what must be the best part of fifty songs in twenty minutes. And they can really, really sing.

Ten years ago three gifted young men were imprisoned for crimes against music that they did not commit. They promptly escaped from BALC, the Bananarama Academy of Literal Choreography, into the London Underground. Today, still wanted by the Academy, they survive as a vocal harmony group. If you have a musical problem, if no one else can help, and if you can find them, maybe you can call:

Scales of the Unexpected!

IAN BASS – Little Ian
Ian is an actor and illustrator. Before he was imprisoned by the nefarious agents of BALC he did some proper acting like The Importance of Being Earnest, Taming of the Shrew and Look Back In Anger. Fortunately since his escape he has found that Scales is a lot more fun! His first book, The Vesuvius Club Graphic Edition, adapted from the novel by Mark Gatiss, is in the shops. He does lots of other illustration too.

IAN BRANDON – Big Ian
Ian is an actor, musician, composer and musical director. He writes the music and vocal arrangements for Scales’ sensational shows. He’s written original music for films, plays and recordings and can knock up a brilliant song in no time at all! He trained at the London School of Musical Theatre and spent ages doing proper acting and singing before being unjustly imprisoned at the Bananarama Academy.

BRYAN PILKINGTON – Bryan
Bryan spent four years studying to be a doctor before realising he didn’t like to look at people’s down belows and he’d rather make ’em laugh instead. He trained to be an actor at Bristol Old Vic Theatre School and has done lots of proper work like Amadeus and Sweeny Todd in London’s West End. He trained to be a member of Scales during his long imprisonment at the Bananarama Academy. He is a dab hand on the cello.