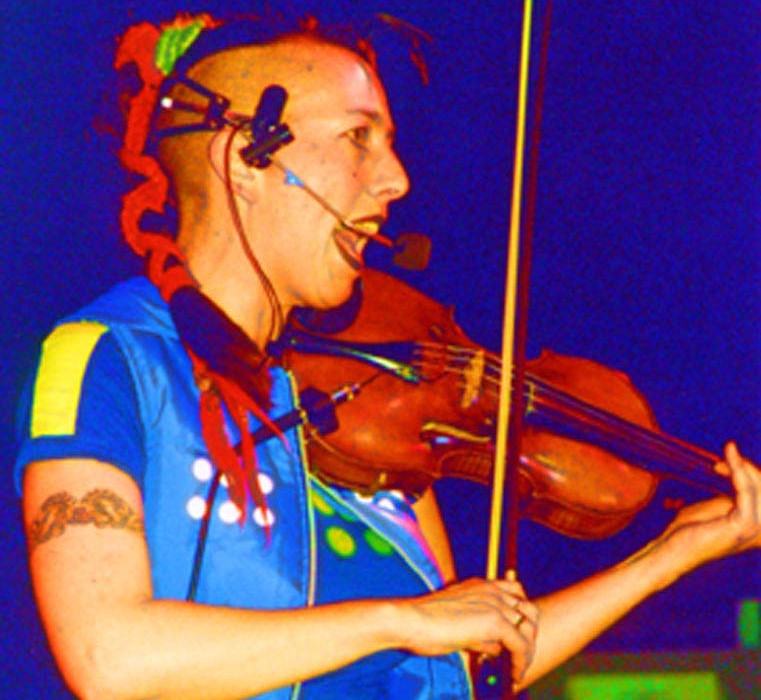 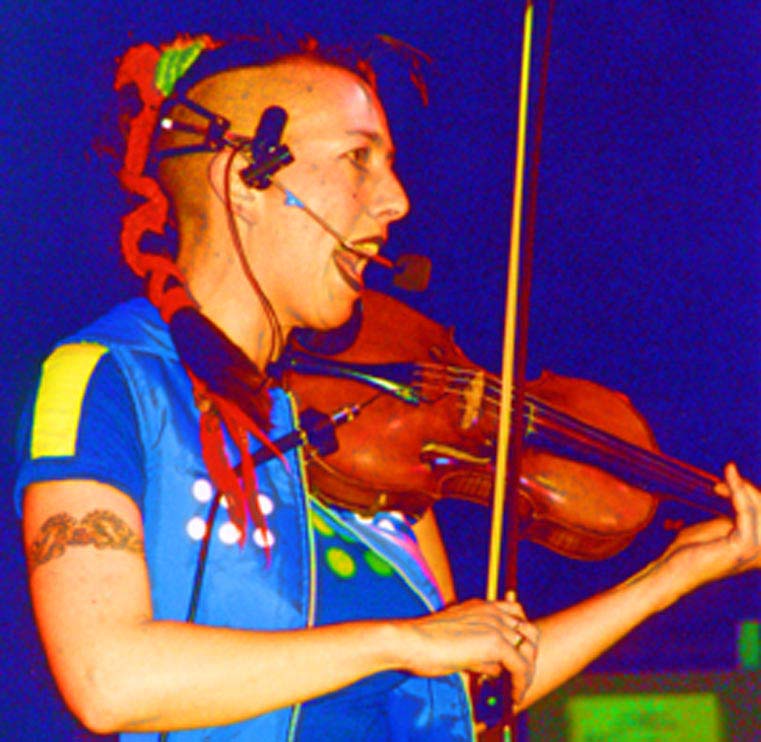 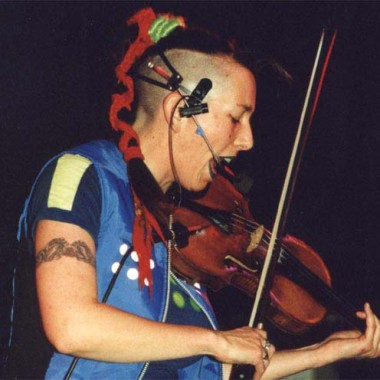 ...The sour wit and the strength of Jones’s performance are unique...

...an exceptional and versatile voice... the effect was jaw-droppingly beautiful and original...

An International artist who has toured Europe, America, Russia and Mongolia, Sianed is a composer / performer specialising in extended vocal techniques. Her research into vocal performance has taken her to Egypt, Kenya, Tanzania, Madagascar, Mongolia, Kazakhstan, and Kyrgistan. She has collaborated with choreographers, writers, film makers and performance artists in cross art / site specific performances. She received a B.A (Hon) Degree in Music, Dartington College of Arts 1980 and an M.Mus.Degree in Electro-acoustic Composition, University of East Anglia 1997.

Projects include ‘The Jones Project’ a five piece band playing Sianed’s original songs (political and pithy), improvisations with multi vocal textures of cloned voices and jungle / funk grooves (with Violin, Guitar, Bass, Harmonium and Drums/Percussion). Sianed sings about love, peace, sex, war, virtual worlds, the state of the planet and the politics of being a woman. Her voice shifts from a Bulgarian wail into a soft jazzy croon, from a jitterbug beat box to a soaring song line. She tells it like it is and pulls no punches.

She was a recipient of the Year of the Artist commissioning money to make a sound / visual installation / exhibition ‘A Snapshot of Lowestoft in the year 2000’. She played the leading role in Jenni Roditi’s opera ‘Spirit Child’ that opened at the ‘Ocean’ venue in London. She was a composer and performer with Original Signature a group of Norfolk and Suffolk composers that received a Year of the Artist commission to create new works that toured in the Eastern region March 2001 through Rural Arts East organisation.

Sianed has recently returned to live in Wales driven by a ‘hiraeth’ (longing) for the mountains and a desire to live and work with the language once more. In 2007 Sianed was a recipient of the Welsh Arts Council Creative Wales Award to make Taliesin a three screen Performance / Video / Installation with videomaker Henrietta Hale based on the sixth Century poems of Taliesin. Her composition bears the influences of her travels and musical curiosity. This, mixed with her musical roots of choral Penillion and Cerddant singing of the Eisteddfodau, classical training, European touring in the experimental electronic and free improvisation music world, creates an unique sound.

In 2009/10 Sianed has been a composer / actress / musician in Henry IV part 1 and 2 and Richard II, part of The Royal Shakespeare’s History Company – a season of all eight plays directed by Michael Boyd at Stratford-upon-Avon and then transferred to The Roundhouse in London.

‘The Music was exquisite – the voice of Sianed Jones hovering ominously over tonal percussion’ The Daily Oxford.

‘Sianed Jones in particular, the violinist-cum-singer, proved to have an exceptional and versatile voice… the effect was jaw-droppingly beautiful and original’ The Scotsman Edinburgh Festival

‘…her voice checked into a class of her own… What is this surreal Welsh soul?’ The Western Telegraph, The Edinburgh Festival