Vicki & Jonny specialise in Swedish music for all occasions. They can add that touch of Swedish sparkle to any Swedish based event, whether it's midsommar, Lucia or a wedding.

This talented duo can also perform as wandering minstrels using the medieval keyed-fiddle, citole, bagpipes, cowhorn and have many years experience playing for medieval banquets! 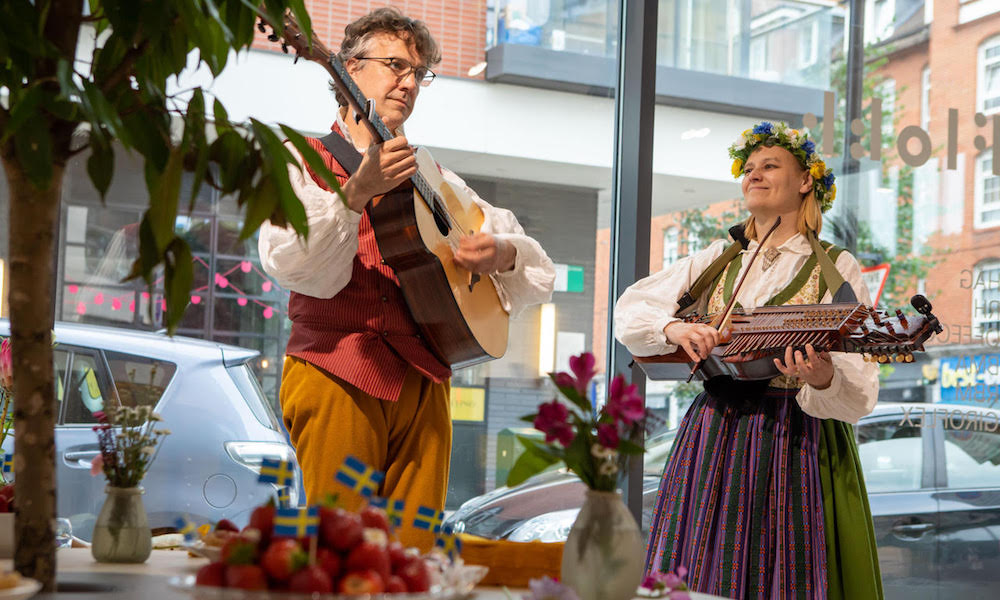 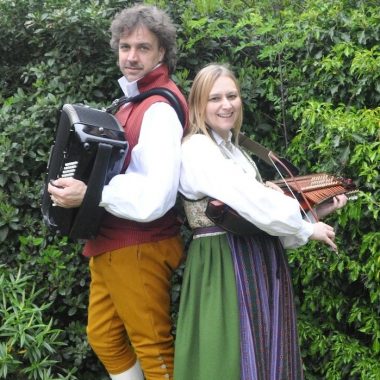 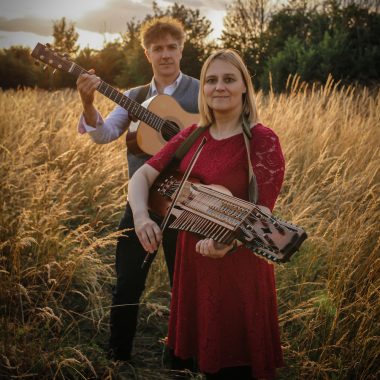 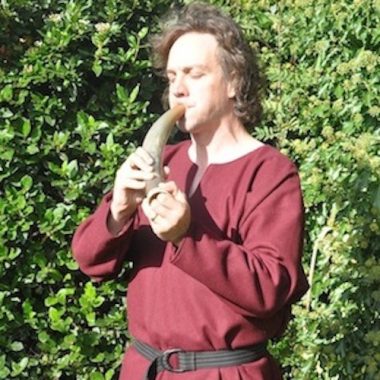 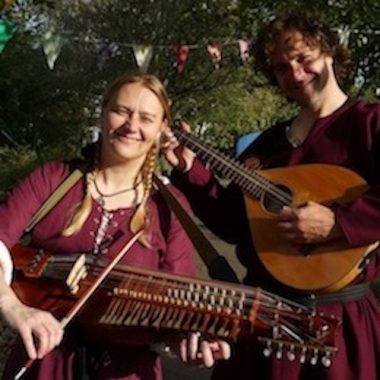 Dressed in traditional folkdräkt (Swedish folk costume) they can lead a gånglåt, perform drinking songs or even dance. Vicki is half Swedish and a fluent Swedish speaker. She performs on the Swedish nyckelharpa and Swedish bagpipes with a variety of polskas, brudmarsch and drinking songs. Vicki was awarded the prestigious Brons Zornmärke in 2015.

Jonny performs on accordion, guitar, bouzouki and holds the Brons Zornmärke for the playing of the Swedish cow horn. He also plays the Swedish näverlur (birchbark horn)

Vicki Swan & Jonny effortlessly blend traditional Swedish and folk material with contemporary sounds. Be entranced by the haunting nyckelharpa, amazed at the cow horn (one of the worlds earliest communication devices) and meet some of the bagpipes that didn’t come from Scotland.

Swan Dyer’s performances showcase new interpretations of old songs alongside original self-penned tunes and new contemporary songs that are entirely at home in the tradition.

Out of this combination they have developed a sound that is both familiar and fresh. Strong believers in letting the music tradition live and breathe through sensitive interpretation, Vicki and Jonny allow the melody to sing without any constraints.

Suitable for all ages, their evenings are packed with toe tapping tunes and songs of love, death, trains and dressing up (not always at the same time) all presented with sparkling gentle humour, lots of smiles and skilful musicianship.

Vicki studied at the Royal College of Music on the double bass. She also plays the various types of bagpipes, flute, recorder, piano and nyckelharpa (Swedish keyed-fiddle). On leaving music college Vicki started down the long path of folk music and was only seen on rare glimpses back in classical orchestras. You’ll find Vicki now inhabiting the troll ridden forests playing her Swedish bagpipes, bagging tunes for new books. Vicki holds the Zorn Bronze Award for the traditional playing of Swedish bagpipes and runs workshops and teaches the nyckelharpa around the UK.

Composer and competition-winning guitar player; Jonny’s outstanding technical ability, coupled with a wide-ranging musical taste has made him a tireless and forceful musical innovator. Jonny has been singing and playing choral music, soul, jazz and folk for as long as he can remember.

Jonny mostly plays his Fylde Falstaff guitar; his Taylor GA3 guitar and a custom gandola (guitar shaped octave mandola) by Rob Armstrong; his sazouki (saz/bouzouki cross) made by Colin Kendal. He also plays a Pigini 72 bass P36 and a Brandoni Piccolo accordion. Oh.. and a Börs Anders Cow Horn. Occasionally he gets out enough to play his 1959 Morley Spinet and digital harpsichord. Especially for Playford things. 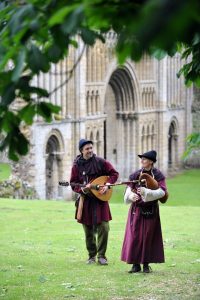 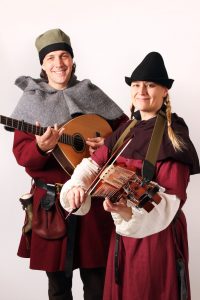