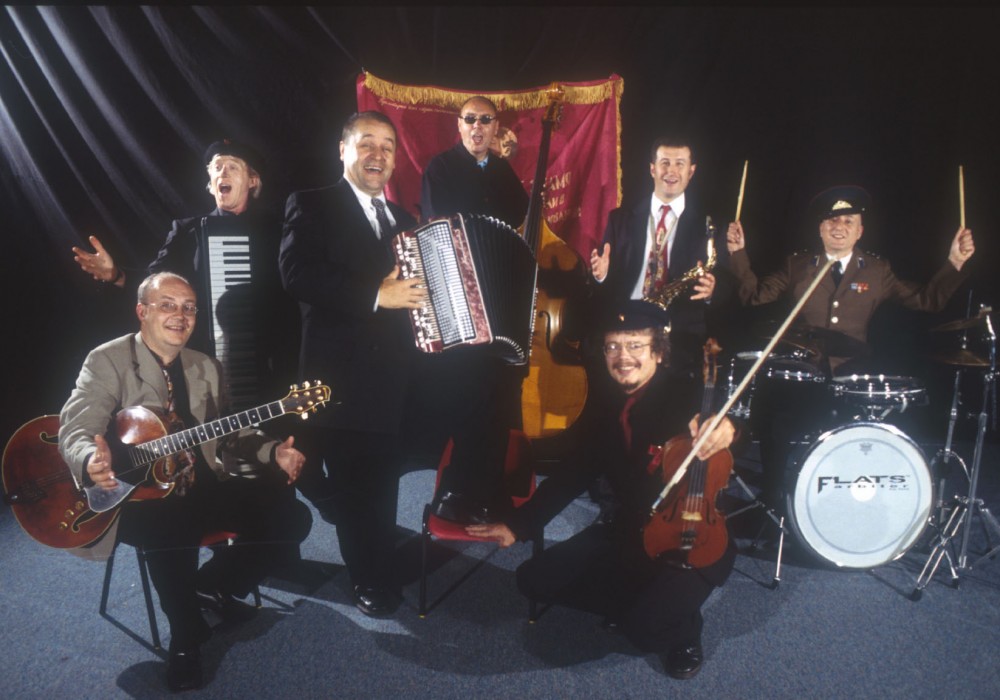 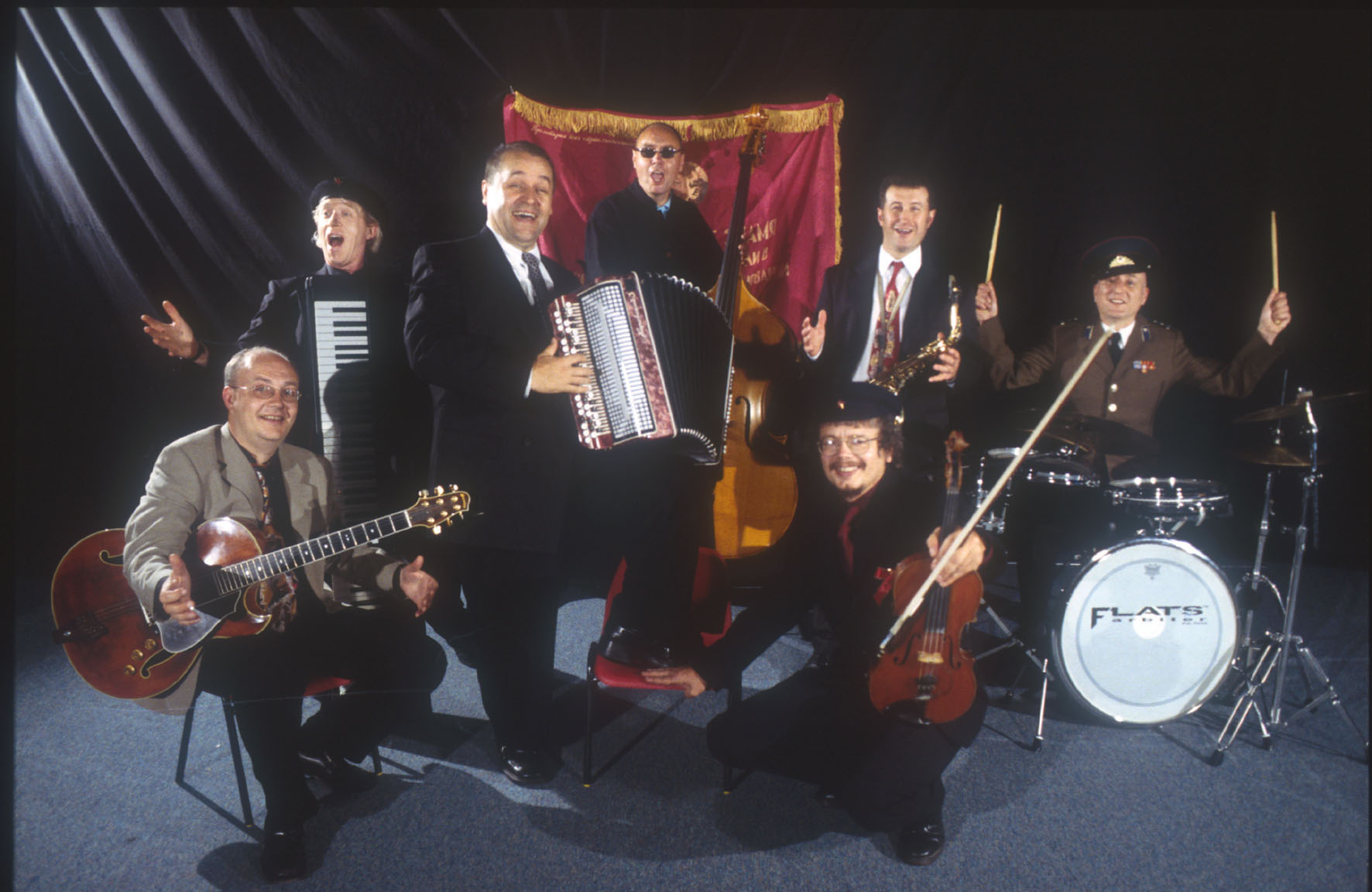 A bizarre and scarcely credible episode in postwar Soviet history came to light recently with the declassification of previously secret Politburo papers, outlined in a Guardian article.

It is said that Joseph Stalin was faced with an all-out propaganda war against one unquestionable and unbeatable advantage in the struggle for the hearts and minds of the proletariat – namely, Swing Jazz!

Accordingly, a well funded and highly secret programme was developed to train a cadre of elite Russian swing musicians who, when unveiled, would consign Glenn Miller, Count Basie, Louis Jordan, Bob Wills and their like to the dustbin of history.

When Chris Haigh, fiddle player, fantasist and self-styled ethnomusicologist, came upon this report he quickly realised that, were it true, at some time there must have existed a completely unknown and politically motivated sub-genre of music, created with the sole purpose of ovethrowing capitalism – a uniquely Soviet offshoot of 40s swing.

A boundless optimist, Haigh set off to Moscow, armed only with a Russian phrasebook and a crate of Levis, in search of any traces that may have remained of this training facility.

He met with far more success than he could have dreamed of. Not only had the programme, amazingly, survived in secret until as late as 1997, but he was able to track down its final batch of elite musical Special Forces, still together, eking out a meagre living playing in a backstreet Moscow nightclub. There he found them, the hottest swinging band he had ever seen, playing to an unappreciative audience of Chechen bricklayers, Moldovian skinheads and assorted black marketeers, most of whom were angrily demanding anything by So Solid Crew.

After the show Chris introduced himself to the band who, tempted by promises of a record deal, an appearance on Top of the Pops, a council flat in Hackney and an array of generous state benefits, agreed to quit the Motherland and head for the bright lights of London.

The rest is history! In their short time in Britain, The Kremlinaires’ musicians have managed to knock up an impressive array of Western stars with whom they have worked: