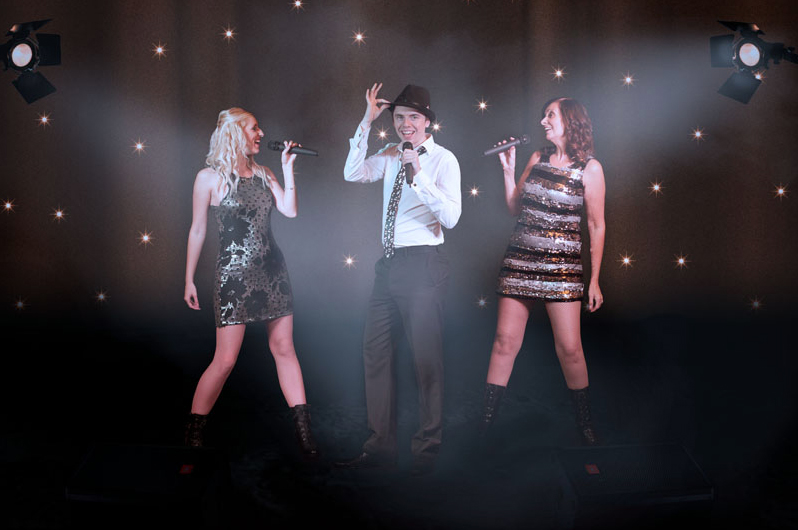 Magic of Musicals, The

The Magic of Musicals is a slick, stylish, choreographed show. This live production celebrates the best loved songs from some of the most popular West End and Broadway musicals such as Les Miserables, Phantom of the Opera, Cats, Evita, Chess, Chicago, Grease, Hairspray, Sunset Boulevard, Miss Saigon, Wicked, Mamma Mia, We will Rock you and Footloose. The list goes on and on...and changes regularly!

The Magic of Musicals is a slick, stylish, choreographed show. This live production celebrates the best loved songs from some of the most popular West End and Broadway musicals such as Les Miserables, Phantom of the Opera, Cats, Evita, Chess, Chicago, Grease, Hairspray, Sunset Boulevard, Miss Saigon, Wicked, Mamma Mia, We will Rock you and Footloose. The list goes on and on…and changes regularly!

The show features full-time professional artistes Kim Graham, Kellie Vallance, Claire Louise Mealaw and Nick Pedgen. They have worked literally all over the world on some of the biggest stages, thus truly allowing them to use the phrase “International artistes”. The show comes in various formats, the most popular being:

The length of the show can be tailor-made to suit your requirements, but the most often booked is two x 45 minute sets covering 25 different shows!

The Magic of Musicals will suit any venue from restaurants to theatres and can be extended to a larger cast including guest vocalists and a live band (they normally perform to high quality backing tracks). Why travel to London to see just one show when The Magic of Musicals brings a whole host of songs from your favourite shows right to your doorstep?

“Thanks to your show and help, The Millennium Hotel in London sold out to its capacity of 1500. Thank you and for helping us raise so much well needed funds – It’s the third time we have used you and after your latest performance it won’t be the last! You are just so professional and so slick. A GREAT show.”
BBC Child Line, June 2008

“Thank you for your most excellent show. You made our wedding party the best ever. You came highly recommended and did not disappoint.”
Nikki & Ryan Judge, March 2009

“You came you performed and you conquered! Your performance at The Imperial Palace Hotel on our world famous “Legends” stage was simply awesome; you deserved your standing ovation. We will feature you on a regular basis here in Las Vegas. A big thank you from all of us.”
John Stewart, March 2010

“Thank you. Your three sell out Magic of Musicals shows at the Seoul Indoor Olympic Arena broke all previous Box Office records! It was also televised LIVE on our KBS TV on prime time Saturday night to over six million homes. Your live show, harmonies, costumes are thrilling, dazzling, simply perfect. I welcome you back to Korea.”
Mr Lee, Promoter, November 2010

“We saw your show on November 19th 2011 at Gunters Hall. The three of you are simply awesome, by far one of the best shows we have seen, so slick and professional, great costumes. Brilliant.
Much love and continued success.”
Leah & Bill Hunter

“Saw your show at Warners Holiday Village at Gunters Hall. By far the best act we have ever seen. Highly recommended great trio, had the hair on the back of our necks on edge.”
Maureen & Brian Savage

“You are without hesitation the best sounding touring act we have ever heard. You are the only act that swaps harmonies just as the real theatre shows do. Your costumes are dazzling and stunning, and your sound and lighting just excellent. We are true musical theatre fans and we rate you as the best in the business. Well done you.”
John & Liz Richfield, November 2007