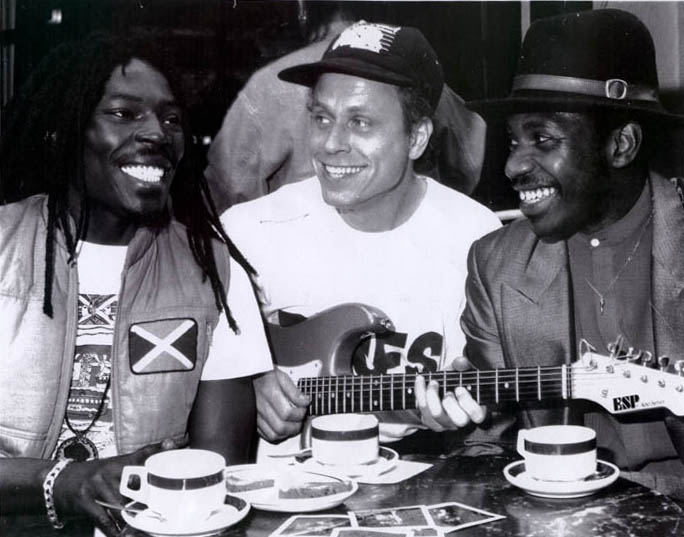 Tim Hain and Jamside Up!

Reggae band for hire.
Jamside Up! play a wide variety of music in a reggae style as well as classic reggae covers and some originals. 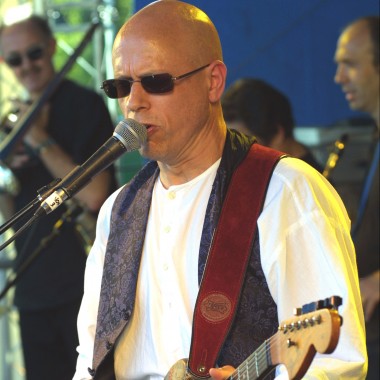 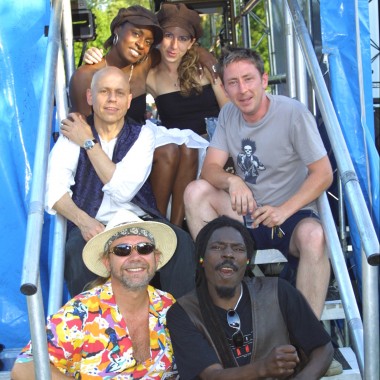 A breathtaking, hugely entertaining fusion of blues and reggae…

Jamside Up! play a wide variety of music in a reggae style as well as classic reggae covers and some originals.

Lead singer and guitarist Tim Hain learned reggae from the source, touring as lead guitarist for Jamaican stars such as Tyrone Taylor, Winston Reedy, Janet Kay and Carol Thompson. From them he gained ’nuff education, and earned ’nuff respect. He has also successfully opened for artists as diverse as Chaka Khan and Thomas Mapfumo, Zimbabwe’s finest. He has also been the butt of ’nuff jokes about being born the wrong colour. Never mind. Tim Hain has a rasta heart, and the voice to match.  Tim is also a smokin’ guitar player.

Oh, and if it is dreadlocks you want, check out the drummer currently known as Prince, a true born Jamaican Rasta with locks to his knees.

Jamside Up! have a flexible line up. They can play as a three piece band (vocals/guitar, bass and drums) or expand to make a bigger line up featuring three lead singers (two male and 1 female) with extra vocal contributions from Prince the drummer!

MARLEY: Jammin’ / Stir it Up / Waiting In Vain / War / Redemption Song / Feel It In The One Drop / Keep On Moving / I Shot The Sherriff / No Woman No Cry / Lively Up Yourself

…and of course HAPPY BIRTHDAY! (trad; beatles and stevie wonder in a reggae groove!)

Plus originals: Jamside Up! / Sunnyside Up / Meditating On Your Love / Tell You Something ’bout Reggae Music / Raised On Reggae…

“A breathtaking, hugely entertaining fusion of blues and reggae…” – BLUES IN BRITAIN Magazine.