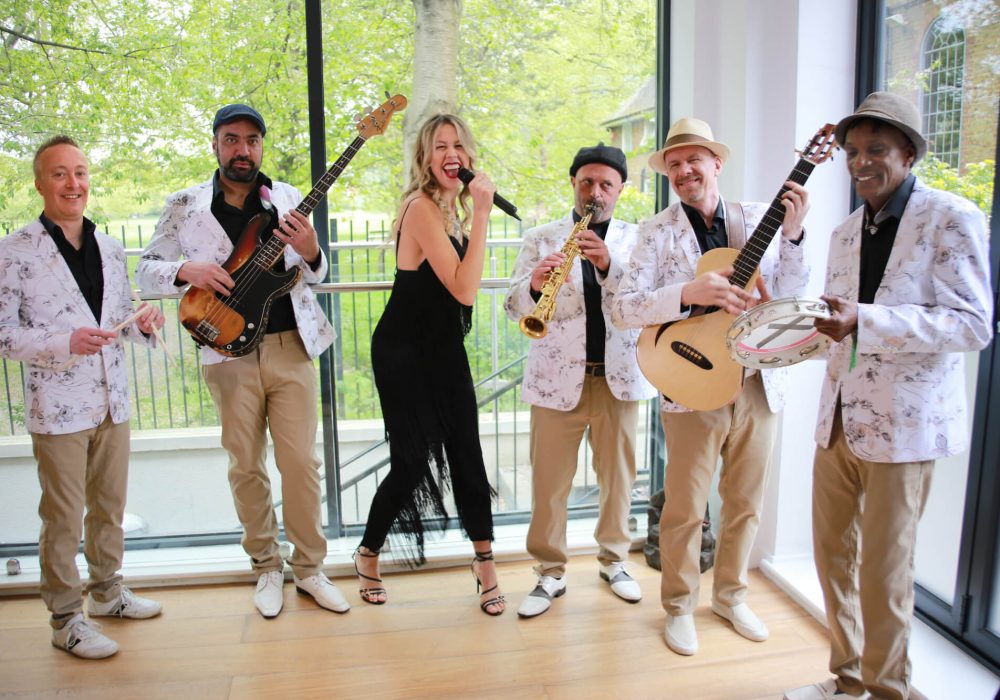 Brazilian musicians and dancers for hire.
Viramundo, Brazilian band for hire for all the sound and colour of Rio carnival. Experienced musicians, can be accompanied by fabulous dancers in sexy costumes. 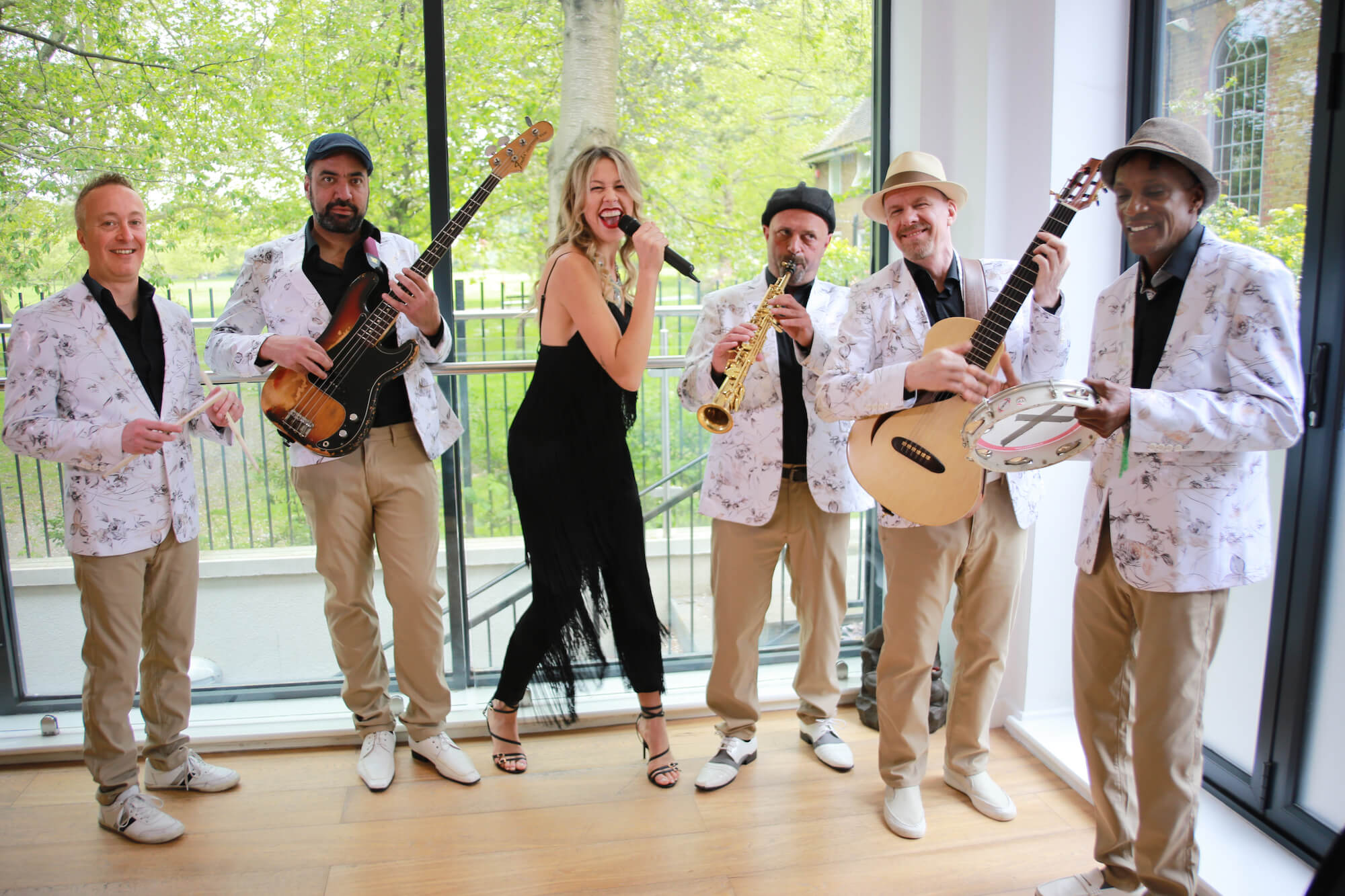 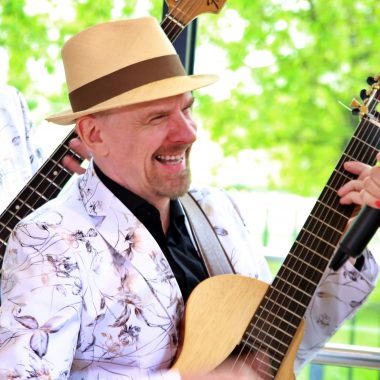 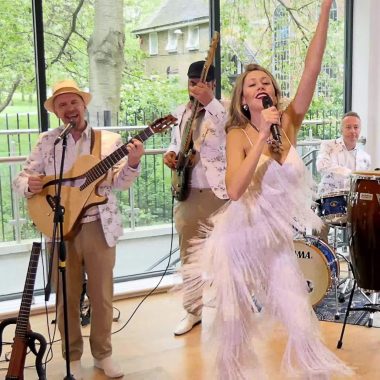 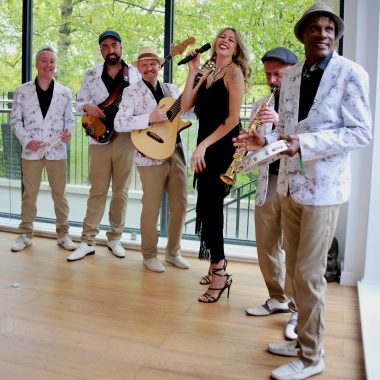 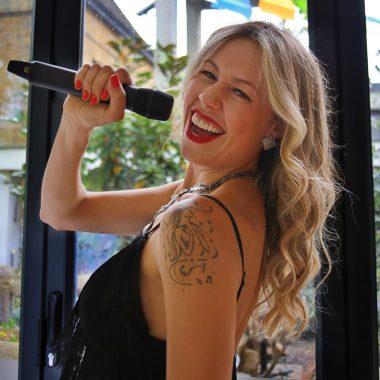 Music of the World · Viramundo

They pride ourselves in being an exciting stage & recording band that can augment the basic sextet to include keyboards & horn section when required. Get the real carnival experience by adding extra percussionists forming their own independent ‘bateria’.

Raise the bar further & include their beautiful dancers & capoeira artists to complete the show. They present only the best Brazilian performers available in Europe.

The basic sextet features:
Paul Rumbol: British born, London based guitarist & singer. Founder of Viramundo & band leader, Paul has also been working with a number of other bands & artists in the Brazilian/Latin/World music fields. He is also renowned for playing the ‘Cavaquinho’.

Thaise Braga: The newest addition to the Viramundo line up comes from São Paulo, Brazil is an expressive performer with a great voice & a gifted ability to entertain, communicate & involve audiences. She has plenty of experience performing in many genres of music and with Viramundo she brings you the best of Brazilian music with its soulful energy!

Xavier Osmir: A fantastic percussion player & singer, Xavier has been an integral part of the band since the early 1990’s. Originally from São Paulo, Brazil, he is also a talented songwriter, contributing songs to Viramundo & other bands including the London School of Samba.

Marcelo Andrade: Marcelo is an award winning multi-instrumentalist & songwriter from Rio De Janeiro, Brazil. He has been working with Viramundo since 2005 & has formed a successful song writing partnership with band leader Paul Rumbol. Also has his own band African Tree.

Matheus Nova: Matheus has been the band’s bass player since 1995 having arrived in the UK from Bahia, Brazil. Famed for his impeccable groove & finely sculpted bass lines he has become one of the most in demand bassists in Europe & regularly tours Europe.

Marius Rodrigues: From the state of Rio Grande do Sul in the south of Brazil. Marius has been living & working in the UK for decades & is renowned as a master session drummer who can excel both live & in the studio playing virtually any style of music.

Raise the bar further & include our beautiful dancers & capoeira artists to complete the show. We present only the best Brazilian performers available in Europe.

They have appeared in and recorded many TV broadcasts over the years and have extensive experience performing in prestigious venues such as the Royal Albert Hall, festivals, functions and clubs, University Balls and all the top hotels in the UK. They have also performed in United Arab Emirates, France, Italy, Germany, Algeria, Armenia, Sweden, Denmark and Singapore. Engagements include the Bahrain Formula 1 event 2012 and entertainment for the Brazilian national football team’s games.

Viramundo also have a drumming group (batucada). This formation is mobile & can be used amplified for big events or acoustically for outdoor events.
The drumming group is made up of the finest Brazilian percussionists & work as a self contained act, with a group of Viramundo’s dancers or a part of a package including stage band & dance show. They have performed in a large range of events including sports stadiums, Carnivals & Grand Prix’s

Their dancers are the best, most talented, professional, glamorous & authentic Brazilian samba dancers available in Europe & they can be booked with or without the stage or drumming bands.

Capoeira is a Brazilian martial art that combines elements of dance, acrobatics and music. It was developed in Brazil after coming over in the traditions of the African Slaves.

They work with the best capoeira performers available & they can be booked to do shows on their own or as part of a Brazilian Show package along with the stage band, dancers or drumming group.