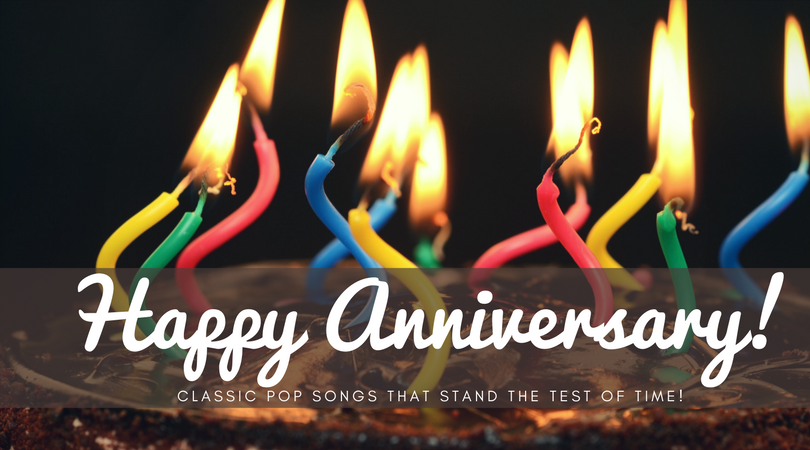 This year sees the 50th anniversary of one of the classic pop albums of all time, “Sgt. Pepper’s Lonely Hearts Club Band” by The Beatles. It’s packed full of tracks that most of us could probably hum right now, including:

And it’s even more humbling to think that two other classic Beatles tracks – “Penny Lane” and “Strawberry Fields Forever” – were destined for the album before being released as a single instead.

Perform your favourite Beatles songs (and 300 others) with a professional band, not backing tracks: Karaoke with a live band

In a galaxy far, far away, John Williams provided the soundtrack to an epic adventures of princesses, plans and posh robots, “Star Wars”. It was a great year for disco too, with “Saturday Night Fever” getting men up and strutting like John Travolta. Sadly, a big part of rock and roll also died that year, when Elvis Presley passed away.

Rock n roll as it should be: Good Rockin’ Tonight

Whitney Houston’s album was the first by a female artist to debut at No. 1 – and six singles were released from it including:

However, we have always remembered that “Nobody puts Baby in a corner” thanks to a certain Mr Swayze, and “(I’ve Had) The Time of My Life”.

The Spice Girls really really wanna-ted to take over the US, and they came, they saw, they zigazigged. And as Leonardo di Caprio clutched onto Kate Winslett as she stood at the front of a ocean liner heading for a giant ice cube, we knew that thanks to Celine Dion, “My Heart Will Go On”, and on, and on, as a first dance at weddings ever since.

Snow Patrol’s “Chasing Cars” was still in the charts, six months after its initial release on August 2006. Other cover band classics released that year included “Ruby” by the Kaiser Chiefs, tracks by the Arctic Monkeys, Manic Street Preachers, Mark Ronson, The White Stripes, and “Shine” by Take That.

And proving you can’t keep a good Christmas hit down, Maria Carey got to Number 4 with her classic 1994 seasonal smash, “All I Want for Christmas Is You”.

Want the tracks? Book the act

At Matters Musical, we can match the music you’re looking for with an experienced and professional function band. Just call us with your requirements.