Film music – it’s in the Cannes! 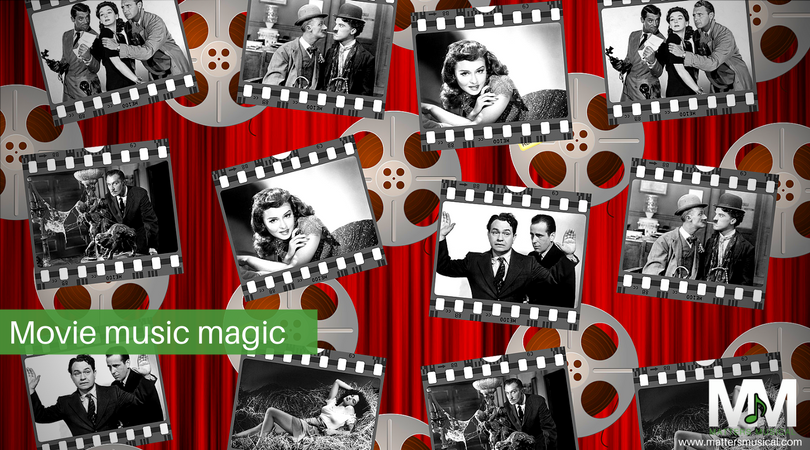 The Cannes Film Festival is upon us, darlings, and at Matters Musical we’re starting to get in the ‘movie mood’!

When the Lumiere brothers hosted their first private film screening in Paris in 1895, it was accompanied by a solo pianist. Now, every blockbuster film needs a memorable sound track, and the more epic, the better! From John Williams’ iconic Star Wars themes to Hans Zimmer’s playful Pirates of the Caribbean, stirring and atmospheric music is an essential ingredient in the energy and mood of any film.

Film editors are shameless ‘borrowers’ too, using classical pieces or popular music to heighten the atmosphere, from the plaintive “Cavatina” classical guitar solo for “The Deer Hunter” to the joyous “Love is all around” from “Four Weddings and a Funeral”.

Classic FM know that film music is also really great just to sit and listen to, and the radio station dedicates a whole two hours a week in a prime-time Saturday slot. The Classic FM Hall of Fame is considered ‘the world’s biggest poll of classical music tastes’ and is highly respected amongst classical music buffs. Movie soundtracks always feature within its Top 50 and this year they include Platoon (no.19), Jurassic Park (45) and Dances with Wolves (49).

Most importantly, the station recognized early on that for many listeners, movie scores provide an introduction to classical music. Those who have never had the inclination or opportunity to listen to the likes of Mozart, Beethoven, Strauss, Verdi or Puccini are drawn in through their movie-going experience.

Ever thought of hosting your own version of the Oscars? For your next event, why not have your guests arrive in style, parading the red carpet like true celebrities, with live musicians playing their favourite film themes!

At Matters Musical we’ve been to the movies and picked out some all-time favourites. Just click on the links below to find the MM musicians who just love performing these memorable movie melodies. Their dedicated artists’ pages also give you sample set lists, demo tracks and videos to help you choose the perfect entertainment for your occasion.

Scales of the Unexpected

Composer: “Cavatina” is a 1970 classical guitar piece by British composer Stanley Myers written for the film The Walking Stick, and popularised as the theme from The Deer Hunter some eight years later.

Composer: “Love is in the air” – cover of The Troggs song by Wet Wet Wet

Still not sure who to book? Give us a call. Talk us through your needs and we’ll find you the perfect soundtrack to your very own silver screen spectacle or Cannes after-show party!