Fun In The Sun – The Best Music Festivals for Summer 2017 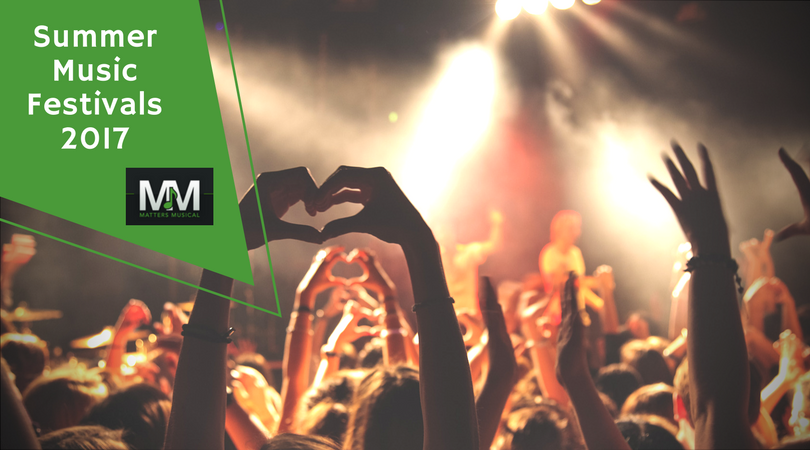 Summer is just around the corner, so that can only mean one thing – time for the best and brightest in music to take to the outdoor stage! The number of festivals is increasing every year, with more diversity of acts than ever before entertaining vast crowds of festival-goers and their families. These are just a few of the festivals to look out for this year.

Top of the festival list has got to be Glastonbury. Glastonbury manages to squeeze every genre of music into five jam-packed days of music. Some of the biggest names from both sides of the Atlantic make the stage, along with a fascinating mix of alternative acts and musical cultures. Some of the confirmed names for this year include rock superstars Foo Fighters, grime icons Stormzy and Wiley, and princess of pop, Katy Perry.

The Green Man Festival, held in Brecon Beacons, hosts an array of indie and folk music acts. Top of the line-up this year is icon PJ Harvey, with Ryan Adams heading up the alternative-country genre. If folk music is more your style, Shirley Collins is leading the charge, along with new-age folk band, Jonny Flynn and The Sussex Wit. Even traditional music from Scotland is represented thanks to the Alasdair Roberts Trio.

Staging a festival this year?

Not quite got Glastonbury’s budget? Call us here at Matters Musical and we’ll help ignite your festival line-up with world-class acts and international musicians that’ll amaze, delight and energise your crowds!

Heavy metal fans flock to Donington Park every summer to catch the biggest (and loudest) names in the genre at the Download Festival. This year, fans will don their leather jackets to head-bang along with metal legends, System of a Down, along with Biffy Clyro and rock gods, Aerosmith. Former members of Rage Against The Machine, Public Enemy and Cypress Hill will also be in attendance in the form of ultimate metal supergroup, Prophets of Rage.

If you like your festival of choice to include a really diverse mix of genres, Bestival is the best for you. Moving from the Isle of Wight to a new home in Dorset, festival-goers can dance their days away to music from across the globe. Well-established legends in attendance include A Tribe Called Quest representing Hip Hop, The Pet Shop Boys for the electro-pop scene and Soul II Soul for, well, soul lovers. For the more eclectic side of music, gospel choirs, brass bands, ska covers of Disney songs and the Weymouth Ukeleleans will be here. For world music lovers, there is Cuban and African music along with an Indian Ska band, and a sitar player. Even Charlotte Church is appearing with her pop dungeon band!

Boomtown is an awesome festival that brings together an incredible mix of different music styles. Renowned for being both experimental and unique, the festival sets up ‘districts’ for the various music styles. Arrested Development and Sugar Hill Gang are the big names this year in the ‘Town Centre’. You can also find gypsy folk music in ‘Oldtown’, reggae in ‘Trenchtown’ and blue grass music in ‘Wild West’.

Need acts for your music festival in 2018?

It’s never too early to book the best!

Call us and we’ll help you create a line-up that’ll have music fans fighting for tickets.