How to stage your very own Proms in the Park 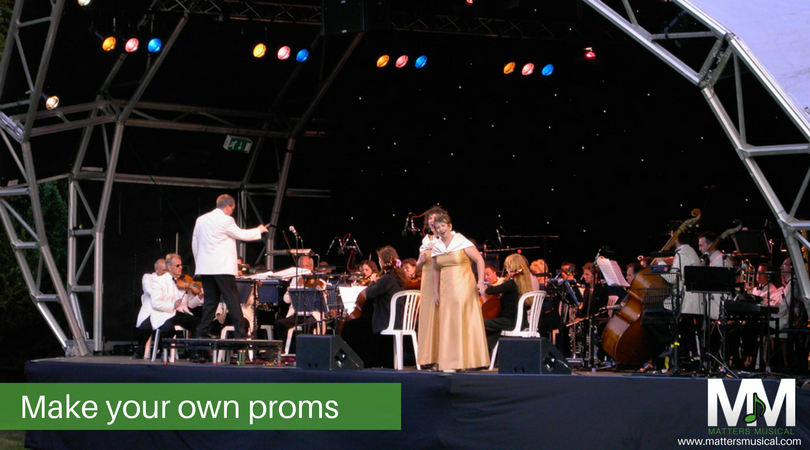 This weekend, the world’s largest music festival comes to its traditional end, with the Last Night at the proms in the Royal Albert Hall, and its lively offspring, Proms in the Park, just across the road.

Proms in the Park always presents an eclectic mix of music for a vocal and enthusiastic crowd in Hyde Park. This year is no exception, with pop legends, opera superstars, and the World’s Fastest Pianist!

And if you’d like to create your own Proms in the Park line-up, Matters Musical have top acts ready to entertain your crowd!

Co-founder of the legendary pop group The Kinks, and now touring as a solo artist, Ray wrote many of the band’s classic hits, including “You Really Got Me”, “Lola”, and “Waterloo Sunset”.

A smart, slick cover band with a Latin twist. Perfect for an autumn “Sunny Afternoon”!

The queen of the West End musicals, Elaine Page will be out on tour in autumn 2017. As much known now for her BBC Radio 2 Sunday show as her singing, Elaine shot to fame with her electric performance at Eva Peron in “Evita”.

All your favourite musical in one show, presented by the latest West End talents.

The Irish singer songwriter took the UK charts by storm in the early 1970s with gentle ballads and quirky numbers, including “Alone Again (Naturally)”, “Clair”, “Get Down,” and “Nothing Rhymed”.

Andy may not have the 70’s star’s taste in sweaters, but he’s got the voice to deliver a range of pop and soft rock to delight your guests. A highly sought- after session artists, his piano playing is brilliant too.

A mini performance by the cast of the West End show based on the hit songs of songwriter and saxophonist Louis Jordan, whose new slant on jazz paved the way for rock and roll in the 1950s.

We think this guy could steal the entire show! Peter is a Hungarian pianist whose arrangements of classic pop numbers by Queen and Michael Jackson caused a storm on YouTube.. Until March 2017 he held the world record for most piano key hits in one minute according to the Guinness Book of Records.

Whatever kind of music you love, this guy can play it. Talented, adaptable, original, so book him!

Everyone’s favourite fleet-footed pop band are back on stage, conjuring up their hits including “Tragedy”, “Last thing on my mind”, and “Chain reaction”.

What would a Proms Night be without  concert orchestra? The BBC orchestras are the best known, but we’ve got one of our own to brag about.

The London Pops is the only major British orchestra to specialise in entertainments of popular music from stage and screen.

All you favourite hits, all the best-know DJs! Tony Blackburn, Kid Jenson, Dr Fox, Pat Sharp, Paul Burnett, and David Hamilton have all been guest DJs with Tuxedo Class Discotheque.

Want to create a totally original outdoor music event for 2018?

Call us now. We’ll help you create a line-up that’ll have people begging for tickets, whatever your budget, venue or event.