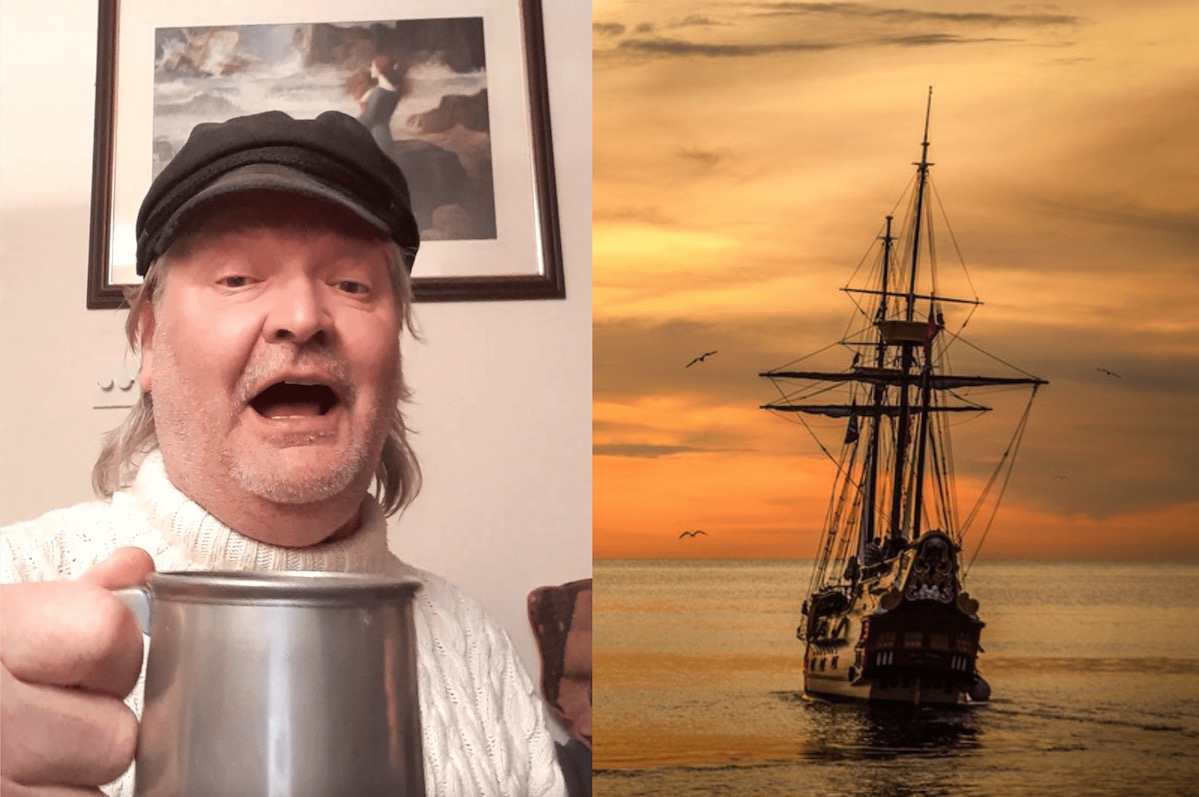 The latest sensation of shanty singing is a manifestation of something Mike has been doing throughout his career, including gigs on the Cutty Sark, HMS Warrior and Tall Ships Regatta in Greenwich.

Mike previously appeared at Shanty Festivals in Whitby and Lancaster, and has been singing and playing nautical material for decades at folk clubs and festivals throughout the UK.

Shanties were developed over many centuries by seafarers as a way to accompany their tedious work on board. Just as with cotton-picking songs in the American South, work songs were composed to ease the laborious and repetitive work, often in call and response form.

This format was used throughout the World in many different countries and cultures to provide a community spirit in what would otherwise be harsh circumstances.

Mike is able to offer virtual performances at the moment and hopes to return to live singing and playing as soon as he is permitted to.