Shiver me timbers! Great acts for International Talk Like a Pirate Day 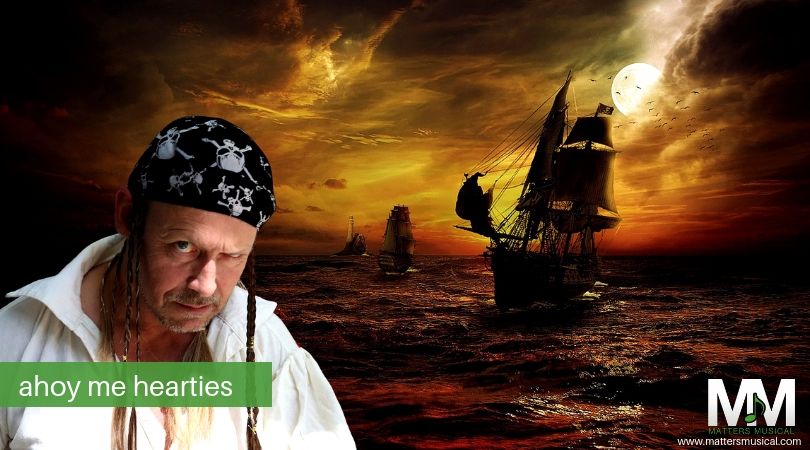 Ahoy, me hearties! T’will soon be the celebration that turns landlubbers into scurvy swashbuckling seadogs – International Talk Like a Pirate Day!

Yes it does exist and it’s been creating suitable mayhem on September 19th across the world since 2002. The brainchild of two Americans, John Baur and Mark Summers, the date was chosen because it was Mark’s ex-wife’s birthday. TLAP Day started as a joke day just between the two friends until a national columnist wrote about it. Then, as they say, it all went a bit bonkers.

International Talk Like a Pirate Day is now an international sensation, fuelled by the sheer silliness of it all, plus the cumulative effect of seemingly endless “Pirates of the Caribbean” movies. There’s also pirate festivals up and down the UK, and more than a few professional Capt Jack Sparrow lookalikes on the circuit too.

If you fancy celebrating TLAP Day, all you need is a little piratical music, matey, to see your guests break out into a jig worthy of a rum-sozzled octopus! We’ve gathered together the Matters Musical artists who can make it all happen. So, splice the mainbrace, set the sails, and give a hearty yo-ho-ho and an “argh!” or two for TLAP day!

This merry crew of accordion and fiddle (plus suitably salty friends if required) can whip up a storm with traditional sea shanties and similar nautical material, suitable for pirate themed events – complete with parrot if required!

Serguei is a force of nature, an incredible musician, singer and accordionist whose repertoire stretches from famous film themes to the music of his native Russia. He also makes up as a mean Mediterranean pirate for any occasion, from party to product launch.

Princes in the Tower

This Renaissance power-trio play electro interpretations of early music that’ll have your guests up and bopping before you can say “Canterbury Tales”! They regularly perform at Pirate Fun Days on the replica Golden Hinde, moored on the side of the River Thames. So they really do know their port from their sack, sorry, starboard.

Princes In The Tower

Fancy a piratical event for your sea-based business?

Give us a call for nautical inspiration and superb entertainment for any event, on or off the briny.