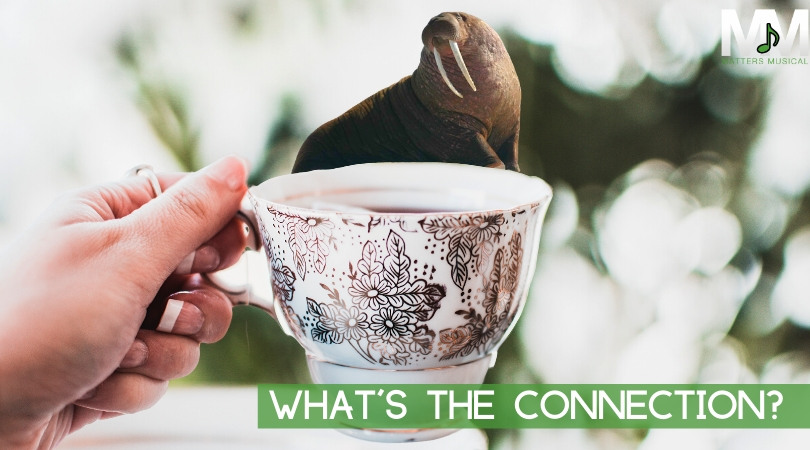 Thursday is World Book Day, celebrated across the UK by school kids dressing up as their favourite character in a book. Amid the inevitable thousands of young wizards with lightening scars will be other favourites, from Twilight vampires to Gangsta Grannies!

Literature has also inspired composers, from opera and musicals to pop icons. So if you’re looking for a soundtrack to your World Book day event, or just to show the kids how literature has inspired their idols, here are some suggestions. You’d be amazed how many of these our talented cover bands and even one-man bands can perform!

Probably the most famous ‘novel in a pop song’, and such a striking piece of music too. Not everyone can emulate Kate’s high soprano, which is why we love this version from the Ukulele Orchestra of Great Britain!

dystopia novel “1984”. Many of the songs were written for a stage version of the novel, which was blocked by Orwell’s estate.

For unusual, retro twists on Bowie and other classics, check out:

“Firework” was a huge hit for Perry, with its chorus inspired by the Beat Generation author Jack Kerouac’s novel “On the Road”. The original quotation is:

“The only people for me are the mad ones, the ones who are mad to live, mad to talk, mad to be saved, desirous of everything at the same time, the ones who never yawn or say a commonplace thing but burn, burn, burn like fabulous yellow roman candles exploding like spiders across the stars and in the middle you see the blue centerlight pop and everybody goes, “Awww!””

The song, as sung by Robert Plant, follows the journey of Sam and Frodo in JRR Tolkein’s “Lord of the Rings”, with references in the lyrics to Gollum and Mordor.

Carol Decker’s powerful vocal made T’Pau a powerhouse in 1980s pop. This top pop hit was inspired by Mary Shelley’s “Frankenstein”. If you’ve ever tried to sing it at karaoke and struggled, Wikipedia might have the answer: “The song is in the key of B-Flat major on the original album version, but the radio edit version is slightly sped up to reduce its length, resulting in the tuning being midway between B-Flat and B Major.”

The Beatles’ songs are full of literary references, including this famous nod to the Lewis Carroll’s poem “The Walrus and the Carpenter”.

7. The Whole of the Moon – The Waterboys

Back in popularity for 2019 after featuring in a film and TV series “The Affair”, this classic track from 1985 was a slow burner, eventually winning the band Ivor Novello Award winner “Best Song Musically and Lyrically” in 1991. The song is a tribute to figures and works that inspired songwriter Mike Scott, including the Narnia author and academic C. S. Lewis, and the Mark Helprin novel “Winter’s Tale”.

OK, we know this is a film theme, but who can hear that iconic jangling bass line without thinking of Ian Fleming’s debonair spy? If you love James Bond, you’ll love this act!

9. I dreamed a dream – Les Miserables

Taking Victor Hugo’s sprawling novel of revolution and injustice and putting it on stage was a mammoth task in itself. This song, possibly the best known from the 1985 English version musical by Claude-Michel Schönberg and Alain Boublil, grabs the heartstrings and just won’t let go. Another long-lived musical from an unlikely book was Lloyd-Webber’s “Cats”, based on TS Eliot’s poems in “Old Possum’s Book of Practical Cats.”

Opera has always mined literature for inspiration, whether plays or novels. Probably the world’s most popular opera, Mozart’s “marriage of Figaro” is based on Pierre Beaumarchais’s play of the same name. Puccini’s classic weepy “La Bohème” is based on “Scènes de la vie de bohème” by Henri Murger. Verdi (amongst many others) loved Shakespeare, putting both Othello and Falstaff centre stage in operas. Verdi’s most famous opera, ‘la Traviata’, is based on Alexandre Dumas fils stage version of his own novel “La Dame aux Camélias”. And for everyone waving their scarves at football matches to the aria “Nessun Dorma” from Puccini’s “Turandot”, it’s a literary moment too. The opera was based on one of the seven stories in the “Haft Peykar” by 12th-century Persian poet Nizami.

Perhaps the most famous book concept album of the 20th century is Jeff Wayne’s “War of the Worlds”. (NOW you get the title!). A huge success on its first release in 1978, the ‘Musical version” of H G Well’s novel is as popular as ever, with a UK and Ireland tour kicking off in March 2021 (tickets at https://www.livenation.co.uk/artist/jeff-wayne-s-the-war-of-the-worlds-tickets). What are the chances of a debut album enjoying such long-lasting popularity despite never reaching the No1 spot in the UK? As Moody Blues lead singer Justin Hayward sang, about “A million to one”…

This is for all the parents out there – fabulous ideas for costumes that can be put together quickly from stuff you’ve probably got already in the house.

It’s not too late (thought admittedly cutting it very fine) to book a fantastic music act to entertain at your event. Call us for more inspiration and information – we’re always happy to help.