Having a great stein: sizzling Oktoberfest ideas for 2019 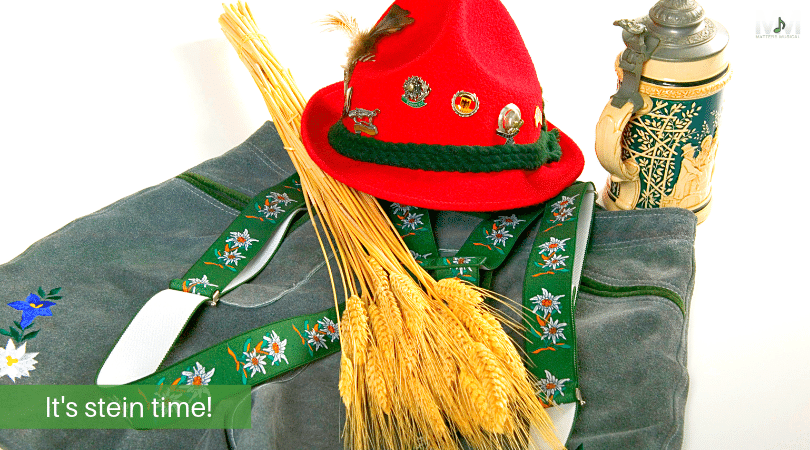 Oktoberfest is traditionally about three things: beer, sausages and Bavarian oompah bands. You really can’t have a traditional Oktoberfest without all three involved at the heart of your event!

However, there’s a lot more to enjoy too. We’ve been looking at what the big events are offering this year, and how you can harness the latest trends for your own event, including the growing popularity of family days.

What does a traditional Oktoberfest include?

Oktoberfest is an Bavarian tradition that happens in late September through October. Travel to the Munich Oktoberfest (the largest in the world, celebrating its 186th year!), and you’ll find all the key ingredients.

The whole event starts with a parade of the breweries, and an opening ceremony where the mayor taps the first beer barrel and opens the Wiesn (the popular name for Oktoberfest in Munich) with the cry “O’zapft is!”. Twelve shots are fired into the air to signal to all the other beer tents that they can start serving.

On the first Sunday, there’s a parade with over 60 groups and around 9,000 participants, including traditional costume clubs, hunters and mountain troops, marching bands and musicians.

On the second Sunday, there;’s a big concert featuring brass bands from all the different  festival tents, who come together to perform, with the mayor or a celebrity conducting. (Well, they wave a baton; how much notice the expert musicians of the bands take is another matter!)

The best Bavarian bands for your UK Oktoberfest

At Matters Musical, we’ve got four of the best Bavarian bands in the UK, ready to get your guests standing on the table in excitement!

A first class band based on a traditional Bavarian lineup consisting of 2 clarinets, trumpet, trombone and tuba.

The Oompah Band to the stars, having performed for Ant & Dec, Stephen Mulhern, Dermot O’Leary, Keith Lemon, and Vernon Kay. Check out their Profile page video for fun games they get your guests to play!

Dressed in traditional outfits, this talented band add that classic Bavarian soundtrack to any event performing traditional polkas, marches and waltzes from Germany and Austria.

Oktoberfest is about celebrating, and being in a good mood, and nothing does that better than a really great band playing irresistible tunes! Every year there’s a handful of songs that are guaranteed to get everyone up and dancing on the beer benches, from traditional to just plain zany! These include:

A beer festival is not necessarily the first choice for a family outing, but with so much fun, entertainment and tasty food on offer, not to mention those fairground rides, families flock to Oktoberfest midweek. Fairground side stalls and rides reduce their prices before 7pm to make the fun more affordable for families, as do the snack bars and food outlets. In Munich they also provide a Familienplatzerl, a space reserved for families with everything required, from baby changing tables to special rides for small people. So there’s no reason why your Oktoberfest can’t be family friendly too, effectively doubling your market for paying punters!

We’ve got a whole selection of bands and acts here at Matters Musical to help your Oktoberfest go with a real swing, from stilt walkers to acrobats, as well as party bands and DJs for a more modern twist on the traditional Bavarian oompah bands. Just call us to discuss your requirements – we’re more than happy to help plan any event that involves beer and a good time!